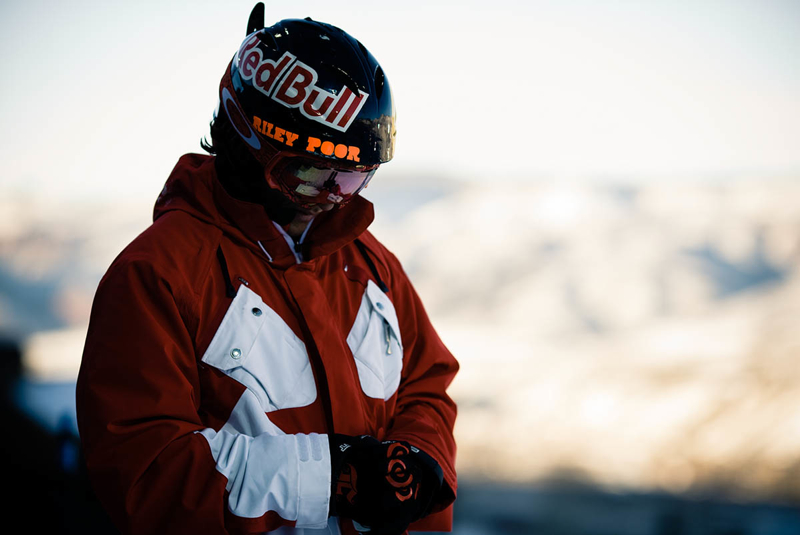 The Association of Freeskiing Professionals (AFP), the voice of freesking, has calculated its final world rankings for men’s and women’s halfpipe, slopestyle, big air and overall winners for the 2008-09 season.

The AFP ranking system was developed to track men’s and women’s competition results of more than 18 events held on four continents in slopestyle, halfpipe and big air in order to name true global world champions. The AFP has developed an event ranking system that creates balance between the different formats and levels of events held throughout the world, separating them into four categories, Bronze, Silver, Gold and Platinum. Events are ranked based on course construction, prize money, media exposure and level of athlete participation and receive maximum point values based on this criteria. The top four individual results for halfpipe and top 3 results for slopestyle and big air are used to determine athlete rankings and discipline champions. Go to www.afpworldtour.com for complete event and rider rankings. 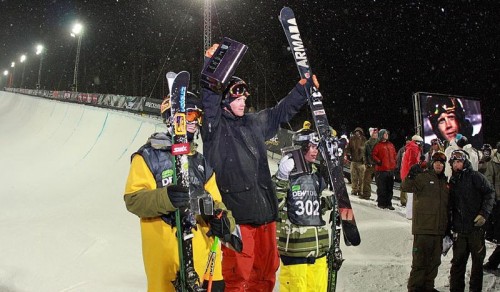 Tanner Hall, 25, of Park City, UT is the 2008-09 AFP World Halfpipe Champion accumulating 3,150 points driven by three podium finishes at the Dew Tour including two wins and a 2nd place at the X-Games. Hall is followed by Canadian Justin Dorey, 25, from Vernon, BC that included a win at the US Open and two 2nd place finishes at the Dew Tour with 2,640 points. Simon Dumont, 22 of Bethel, ME, took third and was just 15 points behind Dorey at 2,625 points that included a Dew tour win, a second and a podium finish at X-Games.

In men’s slopestyle, relative newcomer Tom Wallisch, 21, originally from Pittsburgh but now resides in Park City, UT , staged a late season surge to take the AFP World Champion Slopestyle title for 2008-09. With wins at Dew Tour #3 in Northstar and at the Dumont Cup at Sunday River, ME, along with a 2nd place at the European Open in Laax, Switzerland, Wallisch compiled 2,040 points in his three qualifying results and made his claim to surge past 2nd place finisher Henrik Harlaut, 17 from Are, Sweden. Harlaut had wins at the Aspen and European Opens and two top five finishes at Dew Tour to garner 1,890 points. Sammy Carlson, 20 of Tigard, Oregon came in third with a 2nd place at X-Games and two top 4 finishes at Dew Tour with a total of 1,700 points.

In men’s big air, PK Hunder, 20 of Lillehammer, Norway jumped out front early in the season and never relinquished the lead. With wins at the King of Style, London Freeze and Norway’s Sweet Rumble, along with a top finish at Freestyle CH in Switzerland, PK garnered 1,910 points to claim the AFP World Champion Big Air Title. Following Hunder is Jacob Wester, 21 of Stockholm, Sweden with 1,618 points. Wester was paced by his win at Freestyle CH and strong finishes at Sweet Rumble and the World Ski Invitiational at Whistler, BC. Coming in third was Russ Henshaw, 18 of Jindabyne, Australia with a win at the Jon Olsson Invitation in Sweden and a strong finish at the Sweet Rumble. For complete event and rider rankings, go to www.afpworldtour.com – Current Rankings

In women’s competition, Jen Hudak, 22 orginally from Vermont and now Salt Lake City, is the 2008-09 AFP World Halfpipe Champion with 3,120 points with wins at the Dew Tour and US Open. Sarah Burke, 25 of Ontario, Canada was second with 2,440 points with only three qualifying halfpipe scores due to injury. Roz Groenewoud, 19 from Calgary, Canada is third with 2,120 points. In women’s slopestyle, Kaya Turski, 21 of Montreal, Canada dominated all season scoring 2,700 points that included a sweep of the Dew Tour events and an X-Games bronze. Coming in second place is Anna Segal from Melbourne, Australia the X-Games champion with 2,200 points. Coming in third is Keri Herman originally from Minnesota with strong finishes at the Dew Tour, X Games and the European Open.

The Association of Freeskiing Professionals has also named overall world champions compiled from rankings of all three of the individual disciplines. In the men’s category, American Simon Dumont, 22 from Bethel, Maine is the overall freeski world champion based on his 3rd place ranking in halfpipe, 5th in Big Air and 14th in slopestyle. Women’s overall World Champion is Rosalind Groenewoud with a 2nd place in big air, a 3rd place in halfpipe and 19th in slopestyle. Go to www.afpworldtour.com for complete event and rider rankings.

The Association of Freeskiing Professionals is a non-profit organization responsible for implementing a balanced global rider ranking system and to serve as a unified voice for athletes and for freeskiing to the world. Made up of top athletes and key influencers within the sport of freeskiing, the AFP is proactive in the future direction for events, judging, growth and evolution of the sport as well as fostering opportunities for emerging riders to climb a clear ladder to higher levels of competition. Additionally, the AFP will assist domestic and international promoters and governing bodies to ensure consistent on hill competition organization and judging.