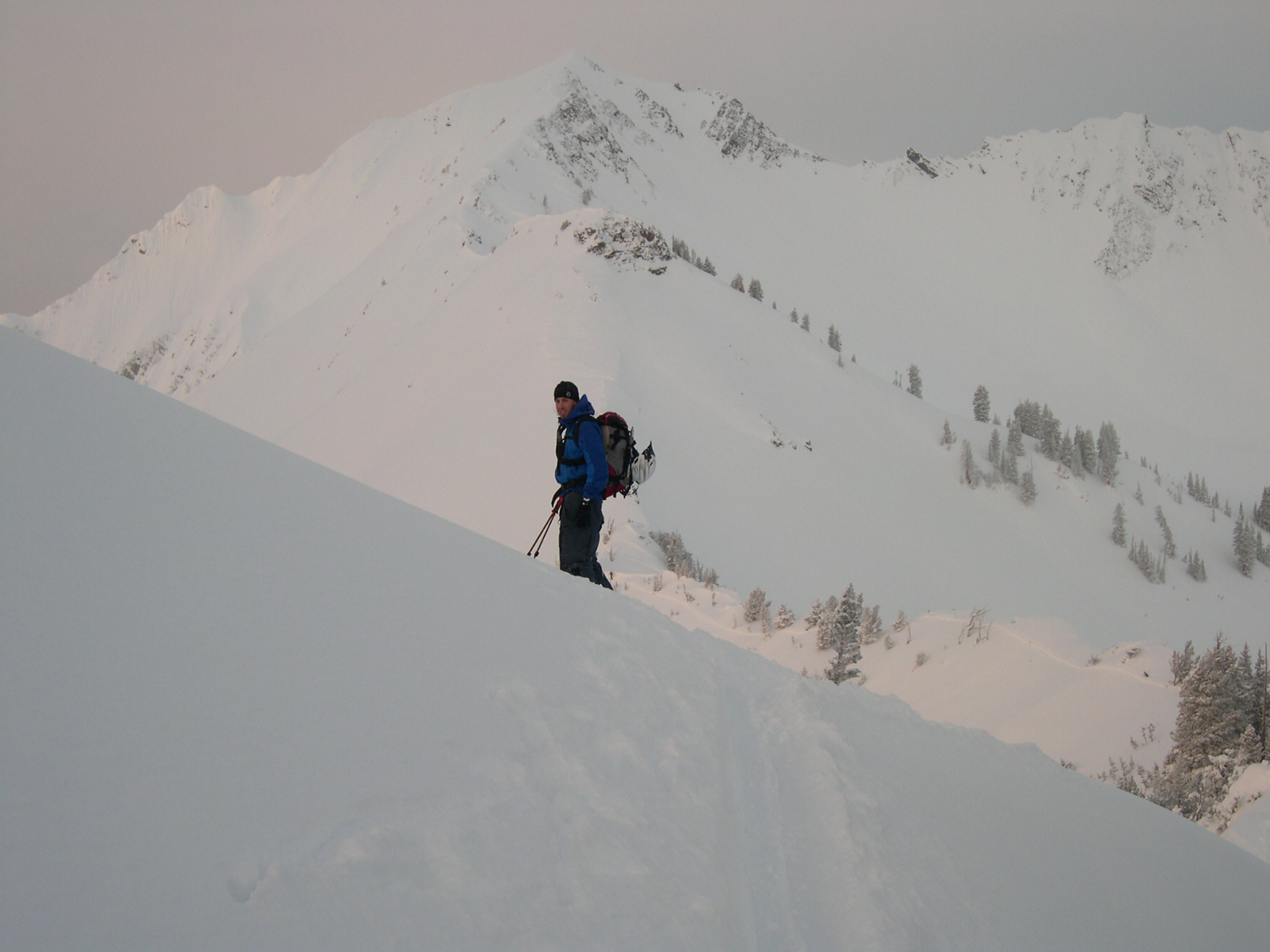 Mount Superior has long captured the imaginations of skiers in the Wasatch and beyond. How can you not stare at this peak from Snowbird or Alta and imagine yourself carving tracks down it’s delicate yet enormous face?

This day would be a good one

As we set out I knew today was going to be a good day, but didn’t know it would be the best day of the season. You know the type – it had snowed the past couple of days yet resorts are only reporting 6-8″ of new snow so you head out thinking, “well, it should be worth the outing but not something worth raving about” and then on the second turn after dropping into a committing line you find yourself saying out loud:

“Oh my..oh yea..hell yea!” and you instantly visualize what your buddy will experience upon dropping in. I dig the feeling of getting stoked for your ski partner.”

Such was this morning for Josh Rhea and myself. After poor form on my part of showing up late we found our way to Wasangeles Central – Our Lady of the “Blower Pow” Snows. Parking and donning skins, headlamps and packs we moved out. The morning was very crisp and as we gained the ridge at Cardiff Pass it became down right bitter with the wind picking up a bit. As we trudged along I kept poking my pole into the side of the skin track, surprised by the depth.

Our target was Mount Superior. The sunrise was shaping up to be another Wasatch classic . We made our way along the ridge and up Little Superior to find that ahead of us it was bumper to bumper.

Considering that we both needed to be to work at a reasonable hour and that we weren’t in need of additional company, we decided to hit the south ridge of Little Superior, one neither of us had skied before.

When we skinned to the top of it, there was a bit of an ice crust under the top layer of snow so as I made a couple of initial ski cuts I wasn’t too optimistic. A little surface slough was all it produced and after confirming with Josh I dropped in…and was immediately blown away at how deep it was. It was almost scary deep if there could be such a thing. The rest of the run was the stuff dreams are made of.

Dropping into the void

We made a couple stops for route finding and safety, carefully spotting each other and confirming our next section to ski. Finally we dropped in, myself leading out on the long money shot onto the apron of Superior proper that leads to the road where trucks were honking and people shouting stoke from open window. Josh and I were laughing, soaking in the moment.

As we entered the apron I really felt the enormity of the face of Superior, looming over me. Although I didn’t glance over my shoulder, I kept thinking – just keep turning, keep going…

Josh was stoked upon arriving at the road. With a “click, click” of the poles, some laughs and a hitched ride back to our car from the Rustler Lodge shuttle driver we were on our way down canyon, savoring another blessed day in the Wasatch.

More Info: Know Before You Go from Utah Avalanche Center