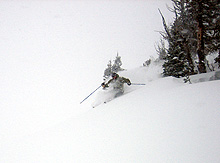 Crystal Mountain, WA – A Diamond in the Rough

Weaving along Washington’s Highway 410, I can’t help but wonder where I’ve ended up. Passing through the sleepy haven of Greenwater, tall fir trees hang like curtains over the rural country road. Tiny cottages cross paths, more fit as homes for a ragtag band of munchkins. The scene keeps us in a morning trance, almost mesmerized by our trip through Oz.

Thinking of the unseen mountains just beyond the curtains brings about both excitement and skepticism. Fresh coatings of snow drape columns of bright green lichen. If it didn’t seem like Washington, the sharp color contrast was an immediate indicator. Forget the comparisons to Oz, the dark, yet bright atmosphere felt more like entering an episode from the X-Files. Surrounded by National Forest Service land and Mount Rainier National Park, the area remains void of the usual boutique build up and gluttony one would associate with the typical mountain access road.

But this is Washington. Ascending the switchback Crystal Mountain Boulevard the snow pack deepened with every turn, snow banks grew from mounds to hills. Then it appeared, like a Diamond in the Rough. Silver King and Silver Queen peaks holding court below majestic Mount Rainier.

“Looks like your first taste of Washington should be a good one,” I motion toward Mike. Crystal has been off to an epic start of the season. With more than 210” year to date, conditions were expected to be phenomenal. The upper mountain had been closed due to high winds for the past few days, and the hearty masses could not wait to chow down. 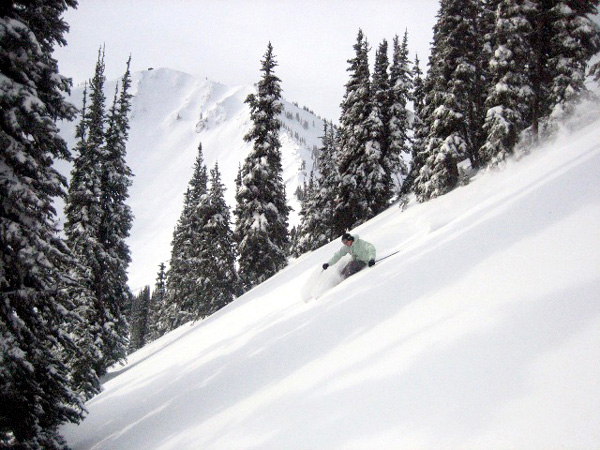 As we approached the main lodge, glimpses conjure instant comparisons to Alta, Utah. Tauntingly steep routes down Upper Exterminator spillover the diminutive base, much like the famed High Rustler. Tantalizing peaks offered distant drool. A short lift ride up the Chinook chair reveals the all important line assembling at REx (Rainier Express). Pecking order would soon be established. Poker faces were the norm, as people waiting patiently tried to hide their game plans. In a few short minutes, the horde would disperse to seek and pillage Crystal’s vast empire.

Venturing Off Broadway, we work our way into Doors, a steep open glade near REx. Today the snow was deep, yet surprisingly light. Perhaps not champagne powder, but aerie enough underneath to create cover shots exploding across your face with each successive turn. Opening up the Doors was a worthy introduction to Crystal’s House of Cards. 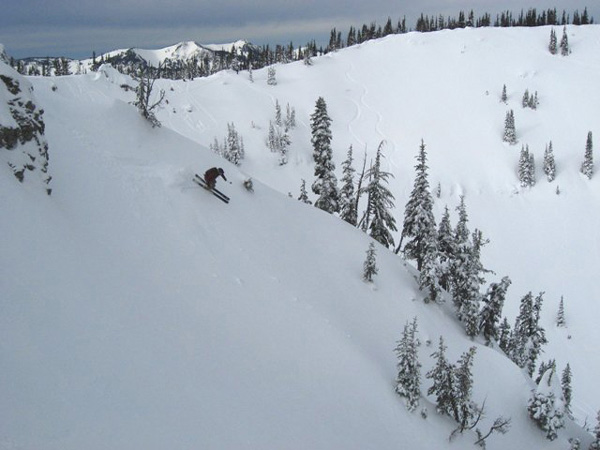 Bombs vibrate throughout the basin as we returned for more. Our stealthy companion knows the game- so a few laps later we’re dropped off staring down a pair of tantalizing chutes. Patrol nods with a smile, ropes are dropped and we’re off. The mysterious man with his patented grey toque leads a gorging through the gut. Contrails of cold smoke billow into the frigid air. Shrieks of ecstasy are heard from ridge to ridge. We pause for a moment to review our signatures. Bruce’s Bowl smiled back. Barely touched, these zones would yield fresh lines for an entire day.

Our second return to Spook Hill drops us into waist deep fluff. Amazed at the depth and smooth consistency of the snow, I reach for more. Pole extending like a windshield wiper, I sink in for turn number three. Open wide. Another smothering face shot. “More, More,” I plead. And back to the Ho Chi Minh trail to pay the piper we went. An arduous, sometimes tumultuous traverse, the I-5 Freeway (locals call it the Ho Chi Minh) creates agony for weary thighs.

After cruising over 3,000 vertical feet of fall line, skiers are presented with a choice- to either return to the base via the long, twisty, bouncy, often mogul laden traverse, or if in the right spot, a sketchy descent down to the Northway shuttle stop where busses provide transportation on weekends.

Significant changes and improvements are scheduled to arrive at Crystal next year as the master plan gains momentum towards full steam ahead, starting with a new fixed-grip double chair. The new lift will service close to 1000 acres of the North Backcountry. It also alleviates the need to return via the aforementioned traverse or shuttle ride. 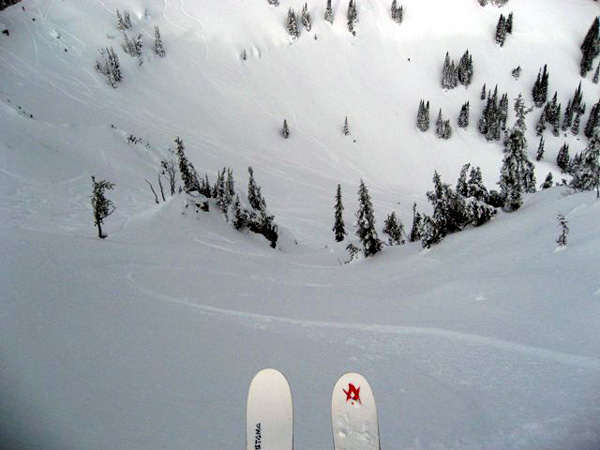 When considering the uniqueness of the North Country experience, Crystal management wanted to help preserve the atmosphere and snow quality. “We wanted to maintain a backcountry feel,” explains Crystal Mountain Sales and Marketing Director Tiana Enger. The lift will undoubtedly be a blessing, providing a much needed return to the top of Northway Peak. After sampling the many tree-lined stashes of North Country, Casey eyeballed an area known as the Teddy Bears. Not to be confused with the cute and cuddly type, these bears were accustomed to rough play. Varying degrees of difficulty guarded the few entrances, most requiring a short form mini golf. A couple hop turns and exit air sent him zooming into the buttery apron below. Nary a blink of the eye reveals…robust terrain worthy enough to be its own resort.

We continued to spin laps until exhaustion set in. A grand finale ensued with a trip down Morning Glory Bowl, which was courting pockets of untracked. Still mesmerized by the amount of terrain that remained ripe for the picking, we collected our burning quads and retreated to the Snorting Elk Cellar, a locals roots where après isn’t synonymous with fondue or fur lined Bogner. 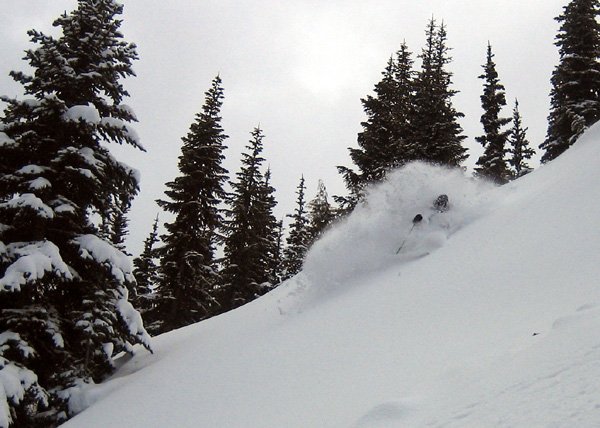 As we reminisced around the warm fireplace with ice cold Mirror Pond Ale, attention turned toward Northback’s southern sibling. Multiple conversations echoed with excitability. “The King will be so money tomorrow!”

Looking into the Crystal Ball, future plans call for installation of a top-to-bottom Aerial Tramway, more terrain expansion, and additional uphill capacity. But one fact remains certain- odds are definitely in favor of this unheralded gem becoming a household name.