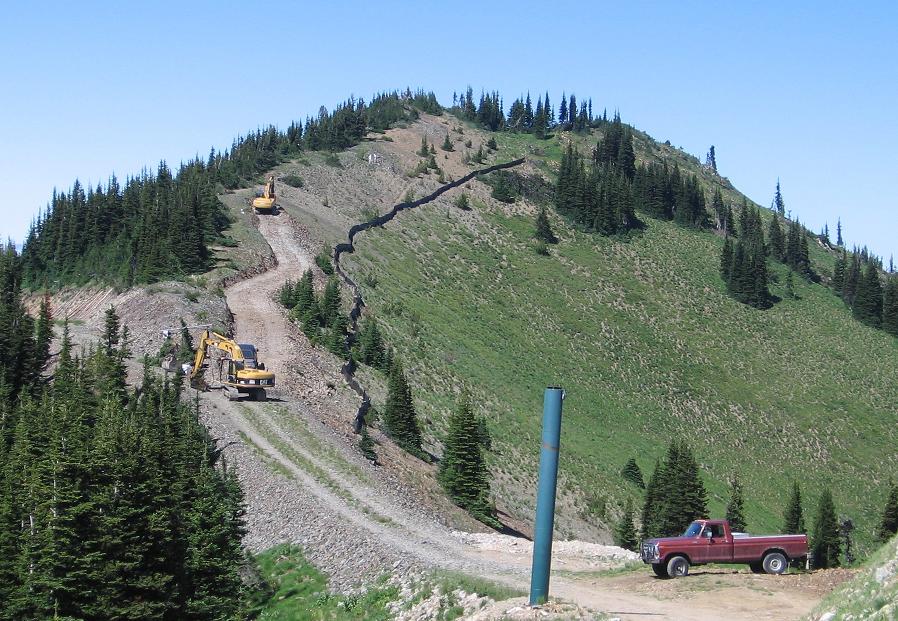 Crystal Mountain, WA holds a place near and dear to our hearts. All of us at FeedTheHabit.com are originally from the Pacific Northwest and grew up skiing the awesome terrain at Alpental, Crystal Mountain, Mt. Baker, Mt. Hood Meadows and Stevens Pass. So, when Crystal announced plans to axe the old North Backcountry terrain in favor of a fixed-grip double chair, it obviously caught my attention. I’ve hiked into both the North and South Backcountry at Crystal extensively. That terrain is some of the best available anywhere.

As is typical of the Cascades though, if you don’t ski the plentiful pow during the storm, you get downright ugly death cookie seconds… none of this “sloppy seconds” we enjoy along the Wasatch! So, in an effort to allow more people to ski the awesome terrain off Northway Peak and ski the snow before it turns to death crust, a brand new double chair will be in place in time for the season.

I’m bummed that the terrain will now be tracked out as fast as Catherine’s on a powder day, but progress happens. Crystal Mountain’s expansion will continue to solidify it as the premiere ski resort in Washington State.

You can check out the progress of the new Northway Lift at CrystalMt.com.