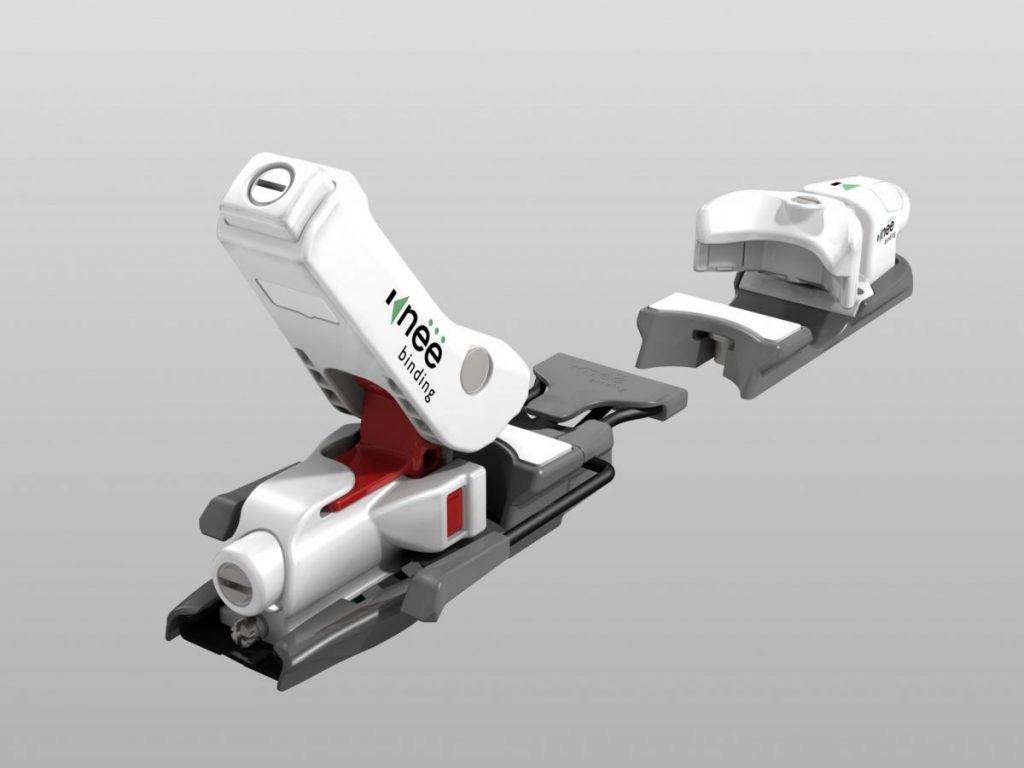 My ACL was obliterated on the summit of Jupiter Peak at Park City Mountain Resort in March 1997. A quick carve down the ridge and a hop off the cornice revealed a zipper crust that stopped my momentum in a heartbeat and torqued my entire body weight around my right knee.  Kerrrrrrrrrrr… POP!

I knew it was gone… and I knew right then that my bindings had failed me.  I was riding old-school Look turntable bindings that didn’t even hint at releasing during my slow-motion twist and pop. 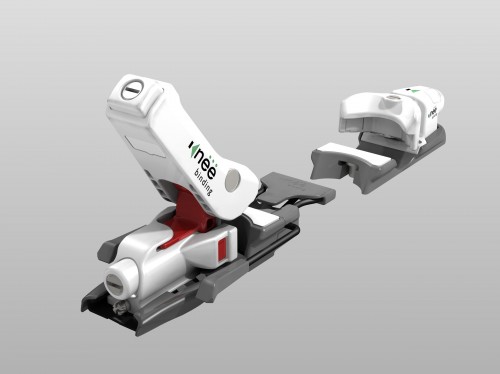 The vividness of that day sits at the forefront of my mind as I write this post about the new KneeBinding. This new ski binding is built with “PureLateral” heel release that allows the heel to move directly sideways without having to lift up or diagonally in its release. Here’s a little more from KeeBinding:

Ordinary bindings are “two-dimensional,” allowing a skier’s foot to twist out sideways at the toe, or to pull up and forward at the heel. The combination of these two release mechanisms are standard on all alpine bindings, and they work well to prevent some injuries. But neither of these mechanisms can detect or respond to the specific forces that cause most of the ACL injuries in skiing.

The revolutionary new KneeBinding #M09 and #W09 ski bindings are premium products, providing all the convenience and performance, and all the retention and reliability of the best ordinary bindings.

PLUS – KneeBinding ski bindings provide a third dimension – a “PureLateral” heel release that specifically detects these combined forces and allows a skier’s heel to twist out sideways just before such an ACL injury can occur – without pre-release issues!

While no ski binding can eliminate all injury, I’m stoked that the KneeBinding is getting acclaim and hope it gains traction in the marketplace. I’m interested to see how it’s received. Here are a few more details:

These bindings don’t come cheap and you may not be able to get them mounted easily, but getting your ACL repaired and dealing with downtime isn’t cheap either. I’ll reserve full judgment until I get my hands on these and can see them in action, but I’ve got to give them the initial nod.