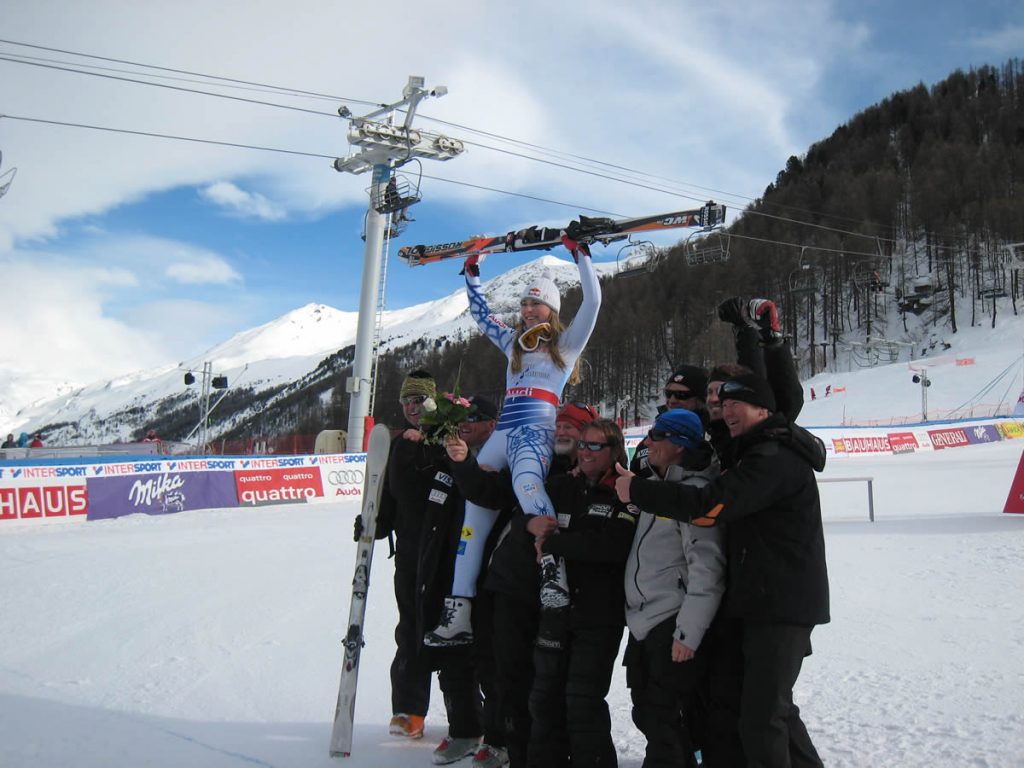 “I feel like I’ve worked my whole life for this moment. I’ve always dreamed of being a World Champion,” Vonn said. ” Coming through the finish today I just couldn’t believe it. I’m so thrilled and so excited. There was so much emotion. You work so hard and to finally have something that you worked hard for, words can’t describe it. It’s an incredible feeling and I’m just so thankful.”

Vonn, who took the silver in super G during the 2007 World Championships, became the first U.S. woman to earn a gold in the discipline as well as the first woman to win a World Championship gold since Hilary Lindh, who won downhill in 1997. According to the medalist, though, she wasn’t sure she’d make the podium Tuesday.

“Today it was really tough conditions and I didn’t know if I was even going to be able to be on the podium, but I skied with my heart. I gave it everything I could and I’m just so thankful and so happy that I was able to come away with a gold medal,” Vonn said. “It takes a lot of hard work, not only for myself, but for my coaches, for my husband, for my serviceman, for everyone to make today happen and I’m so thankful that everything fit together perfectly and I was able to win the gold medal.”

Having the win under her belt from the start, Vonn says a little weight has been lifted off her shoulders for the rest of the reces in Val d’Isere.

“Now that I have a gold medal, that was essentially my goal for the entire World Championships, so I this is going to allow me to ski a little bit more relaxed and take a little bit of the pressure off,” Vonn said. “I think it’s a great thing and hopefully I am able to keep going with this momentum.” 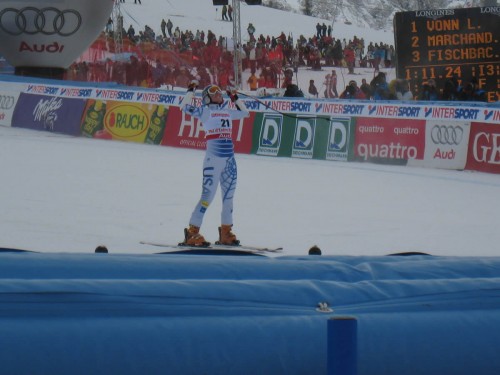 But, even with a more relaxed tone, Vonn still has a few goals she wants to accomplish before the World Championships come to a close.

“I really hope that I am able to win a medal in the downhill. That, it think, is my biggest goal because it’s my favorite discipline. I love it so much and it just would mean a lot to me if I could be able to succeed in that discipline,” Vonn said. “I also have the super combined and the slalom, so I have a few more events left that are medal possibilities.

According to Vonn, the World Championships also offer her some preparation time for a larger competition that lies one year over the horizon – the Olympics.

“I have thought about Vancouver and the 2010 Olympics quite a bit. I feel like these World Championships are going to be good preparation for me to get used to the press and expectations and pressure,” Vonn said. “I feel like things have changed a lot since the last Olympics and I think people expect me to do well now. For me I’m going to remember the feeling I had today. I’m going to remember mentally how I was in the start and hopefully I will be able to do the same thing in 2010.”

For now, though, Vonn remains focused on the task at hand.