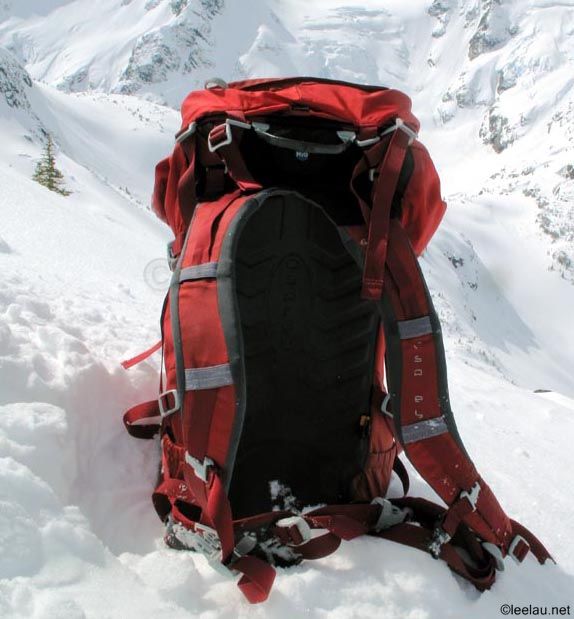 Osprey has been in the pack business since 1974 and is headquartered in Colorado. The Osprey Variant 28 is the smallest pack in a line designed for “ultimate climbing and scrambling”. Osprey wanted me to try the Variant 28 for ski – mountaineering. I sometimes think of ski-mountaineers as people who climb mountains by easy ways so they can ski off relatively mellow (by climbing standards) aspects.

It is, however, a difficult outdoor activity for which to design equipment since a ski-mountaineer confronts a wide variety of conditions and has to use different modes of locomotion to get up and down mountains. Translation one – this means that a pack must potentially be able to carry a lot of gear. Translation two – this also means that a pack must be able to carry a load in a secure fashion. Ski-mountaineering is best not accomplished with bits of equipment dangling all over the place. Not only will you look like a Christmas tree; it simply isn’t safe.

The Variant is a light pack. The color (a brilliant pyro red) is also dead sexy . I personally want to be as visible as possible if I’m skiing trees or out on a summit or icefield (and not just for pictures). Looks aside, I won’t use a heavy day pack. The Variant 28 weighs 790g or 2lbs 6 oz. It has 1700 cubic inches or 28 liters of carrying capacity. My previous day pack, a Marmot LaMeije was a nice pack but it weighed 3lbs 8 oz. I can carry a pound and two ounces of extra food (for example) when using the Variant with more comfort and without sacrificing useful features – this is very important to me..

I touched briefly on comfort. Osprey’s suspension system is magnificent. There is no other word to describe its sheer comfort. The packstraps, hipbelt and back are adequately padded but not overly so. It is easy to carry a load using the Variant and more importantly, it is easy to secure the load so it doesn’t swing wildly while you are engaging in either ascent or descent. The load is also somehow magically suspended off your back even when the Variant is fully loaded so at least a bit of air circulates between your back and the pack.

The Osprey Variant has useful features without being gimmicky. I admit to preferring the black hole type of packs where one can drop all manner of equipment into a basic sack. I don’t need a separate shovel pocket, or pocket for cosmetics, hip pockets for food or other useless accoutrements. The Variant is this type of pack. As with a standard top-loader black-hole design, the main compartment has a spin drift collar secured by a cord loop. The top compartment can be taken off but is light enough and has enough functional utility that I usually left it on. The only zippers on the Variant are on the top compartment, which was roomy enough for a miscellany of smaller items or things you might want to access quickly. 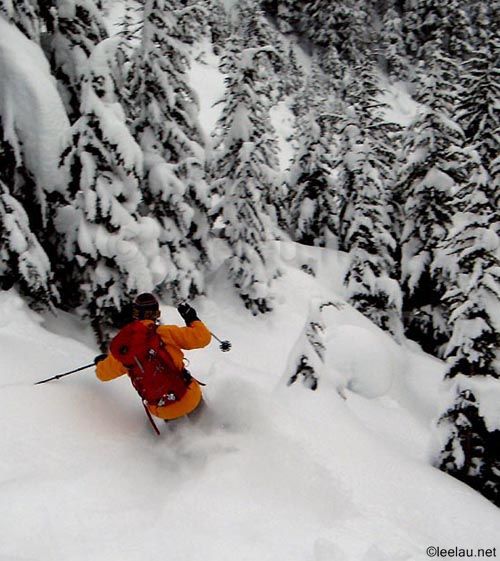 Here’s a quick run-down of features I thought were useful for ski mountaineering: 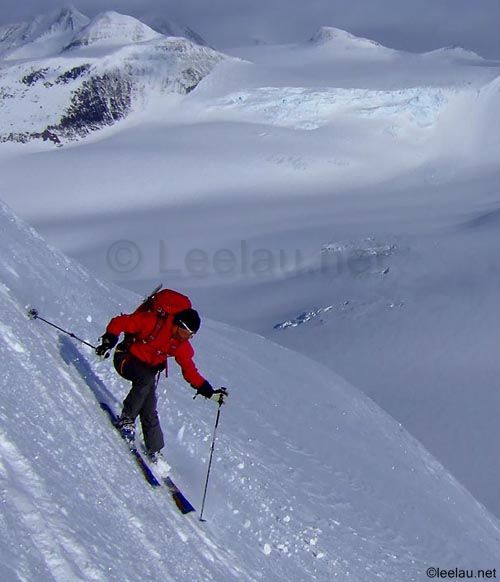 I carry a bit less then most so the 28l pack contents were plenty for me. Even in the depths of (my admittedly mild) winter, I will carry:

For longer trips or if mountaineering gear is needed I might also carry: 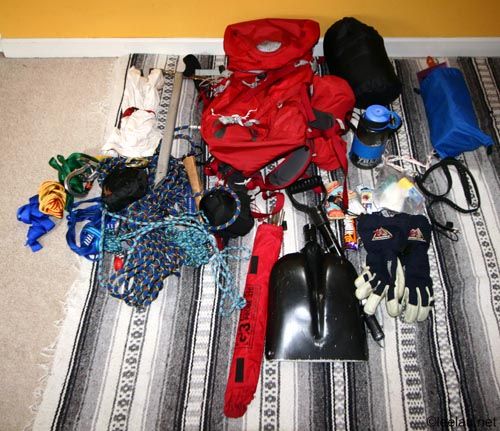 All of this fits quite nicely in the Variant. The only ungainly thing flapping around on the outside are my crampons, pictured here wrapped fetchingly in an old thick cotton garment. I had enough space to put the crampons under the top compartment but thought it would be nice to show how the Variant handled loads in such adept fashion.

When my wife first persuaded me to try this pack I complained. As with all things, I quickly found out that she was right and the Variant became my favorite pack. My concerns and suggestions for improvements are minor and frankly pedantic. I find it hard to conceive of how one could improve on the Variant 28. It is a pack for those who crave function, want fashion yet do not want the added weight that comes with fluff.