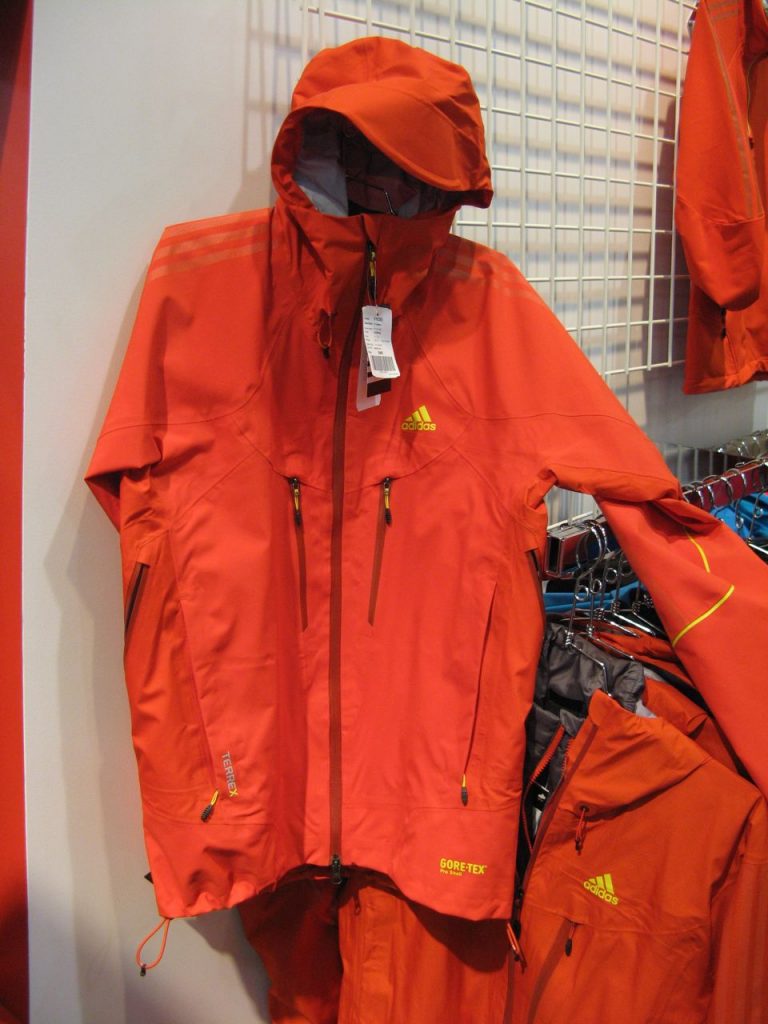 Outdoor Retailer Winter Market is always a bit smaller than the Summer show, but what it lacks in sheer size, it makes up for in the quantity of new products from many of the usual suspects and some new ones to boot. Here’s a quick recap from my first day on the floor. Most of these products will become available this Fall.

I’ve got 4 kids, so what caught my eye was the cool, integrated goggle/helmet combo that will be hitting the slopes next Fall. The kids Smith Cosmos helmet and Galaxy goggle has a hook latch on one side and the Tractor Beam magnetic clip on the other side. The result? The kids goggles will stay put and taking them off and on will result in less complaining from the little ones. Very cool. 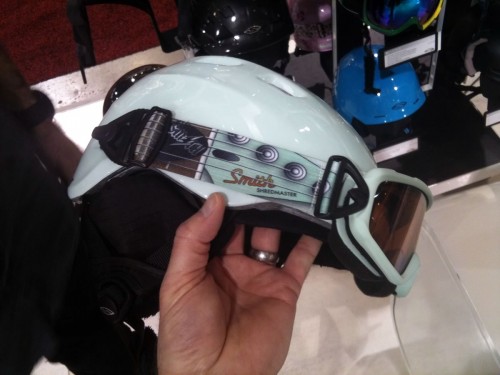 New from Gore is the Active Shell material that is a realization that they were missing out on the more athletic side of the market. While Gore-Tex Pro Shell is undoubtedly bombproof in the field as a impenetrable hardshell, Active Shell is the lightweight and breathable side of Gore while still remaining waterproof. 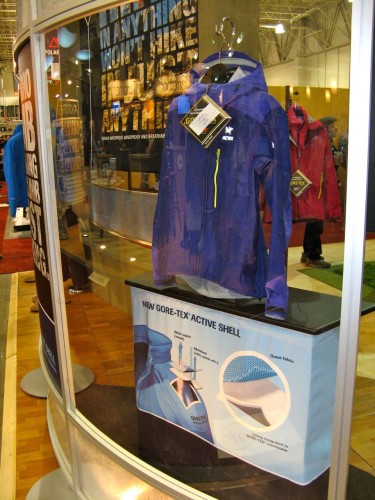 With the wild success of the 3-season Therm-a-Rest Neo Air sleeping pad, Therm-a-Rest is now introducing an all-season version to keep you warm and toasty in the snow. Weight still comes in at a paltry 19 oz. and is built with additional layers of reflective material to improve the convective heating capabilities and keep you warm and toasty. Effective R-value is increased from 2.5 to 4.9 as compared to the classic Therm-a-Rest Neo Air. 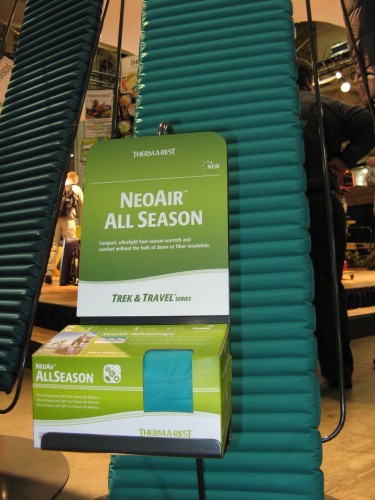 Take notice… Kaenon has arrived in a big way. While they may still be seen as high-end and “niche”, Kaenon is finally getting their share of attention with bold styles and solid optics. I’m a huge fan and grab mine first over all others.  Check out the new Squeeze for women and the Trade for men. Solid. 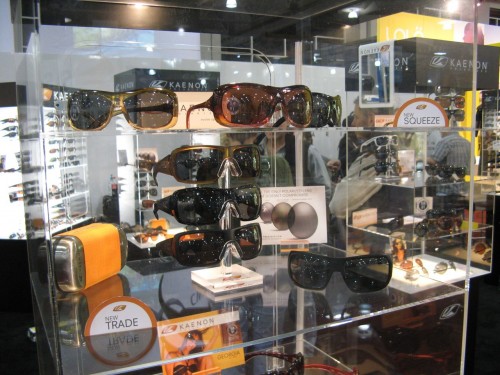 While Volkl has had backcountry-friendly skis in Europe, they have yet to make something relevant to the North American market. Look for that to change in 2011 with the top dog, Nunataq backcountry touring ski. With enough width, pre-cut skins, early-rise tip and flat camber, the Nunataq can more efficiently attack the Rockies unlike any Volkl before. 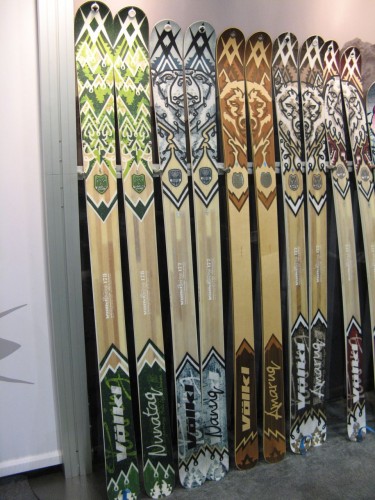 While Adidas outdoor has been strong in Europe for a few years, 2011 will mark their first full foray into North America. Expect the Three Stripes to appear on mountains and in the backcountry with efficient fit hard and softshells featuring Gore-Tex fabrics. The Terrex Feather Jacket is the head honcho of the line… a solid hardshell with some great features.

I also liked the casual Daroga Leather shoes for their versatile, kick-back styling. 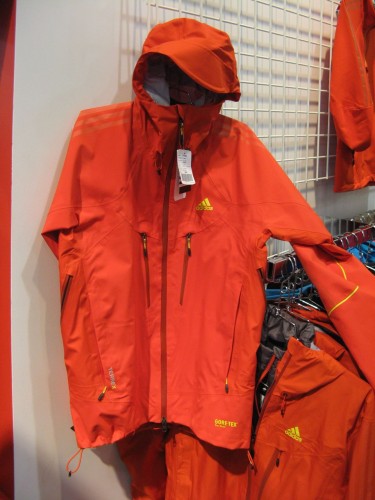 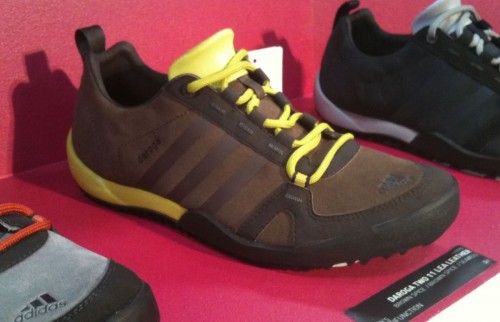 Goodbye Gore-Tex! While Gore is enjoying solid acceptance still among many brands, Mountain Hardwear is switching gears and pulling the plug on everything Gore. This enables them to deliver their products and fabrics THEIR way. For Fall 2011, you’ll find great mixtures of fabrics (hard and soft) and insulation. The fabrics primarily fall into DryQ Active and DryQ Elite product lines with an emphasis on function. Having used a DryQ Active piece for several weeks now, I’m digging where Mountain Hardwear is going. 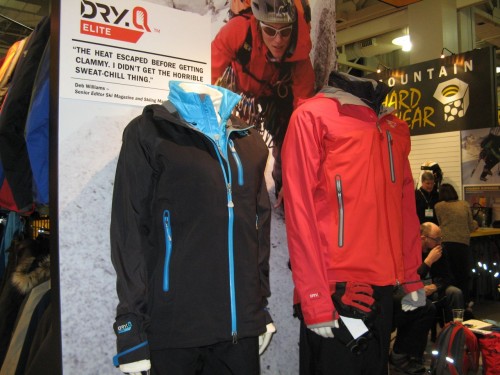 Skis, boots AND bindings… whoa! So, La Sportiva is coming into the ski market with a randonee racing twist. Most of the line will only find a home in limited locations, but it all looks well-built and capable. The RT binding is the first tech binding to feature a Release Value (similar to DIN) in the toepiece. It’s a simple design and ultralight. And the Hi-5 ski has enough rocker and size to keep it fun in the deep. 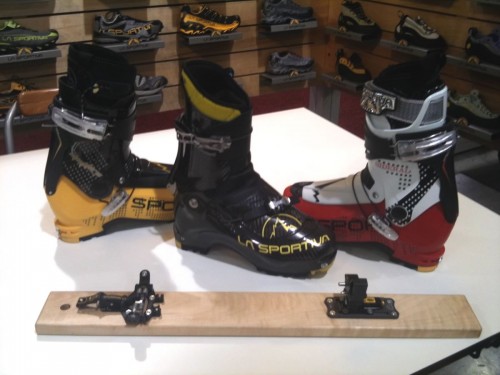 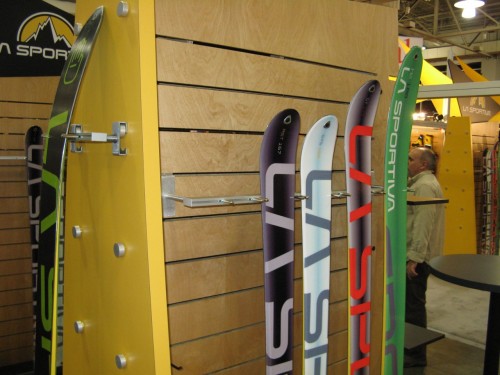 Talk about an overhaul… wow! The entire Black Diamond ski line gets re-done with more rocker, girth and power than ever before. The Power series gets new and shiny from top-to-bottom and the Efficient series gets the new ultralight Justice (my pick for a backountry slayer). The new top dog is the huge Gigawatt, which sits even wider than the Megawatt. Lots of new technology going on here. 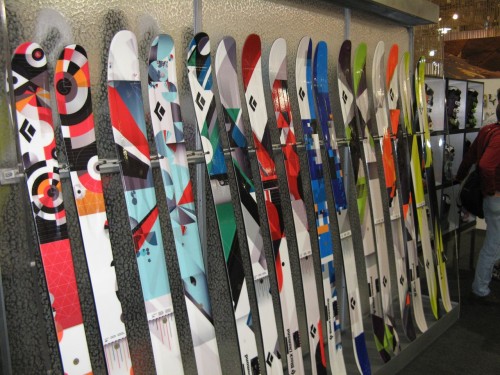