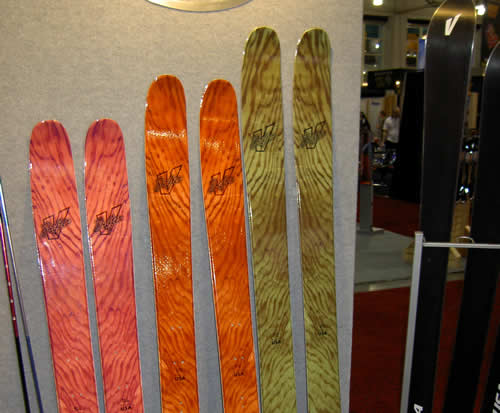 Local backcountry ski gear manufacturer, Voile, has been pushing out some solid skis as of late.  Last year, we got the Voile Asylum and Insane fatties that not only delivered float, but also came in svelte packaging to ease the uphill slog.  Now, taking things to the next level, Voile is introducing an entirely-new backcountry powder ski for Fall 2009… the Drifter.

Though I didn’t end up with an appointment at Voile, the Drifter caught my eye and pulled me in for an impromptu visit with the Voile crew. Since they are local to Salt Lake City, they are keen on skiing the deep snow and earning your turns in the Wasatch. The all-new Drifter looks like absolute money with all the right specs to take you through pow and crud with ease, but with enough sidecut to deliver a carved turn when needed.

Drifters will be available in three lengths (164, 178 & 192) with modified dimensions based on the ski length.  Waist widths can vary from 123 to 131 mm and turning radius varies from 17.4 to 18.2 m–so, these skis do have a bit of sidecut. But, what’s money about these skis is the rockered and tapered tip and tail that keeps you on top of the deep and powers you through the crud. All this in a respectable 6.75-9 lb. package. MSRP is a reasonable $625 and these should show up at shops in the Fall. 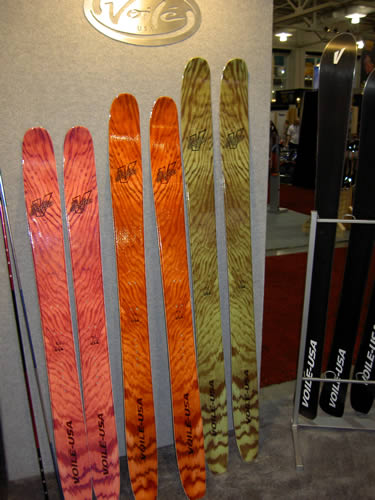 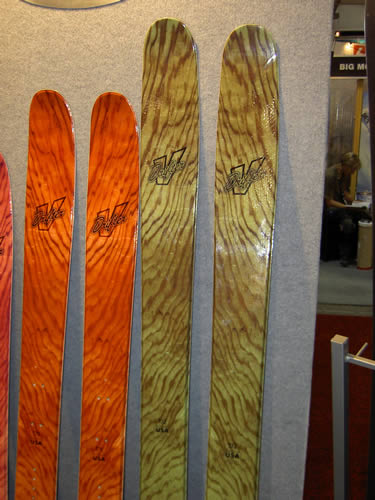