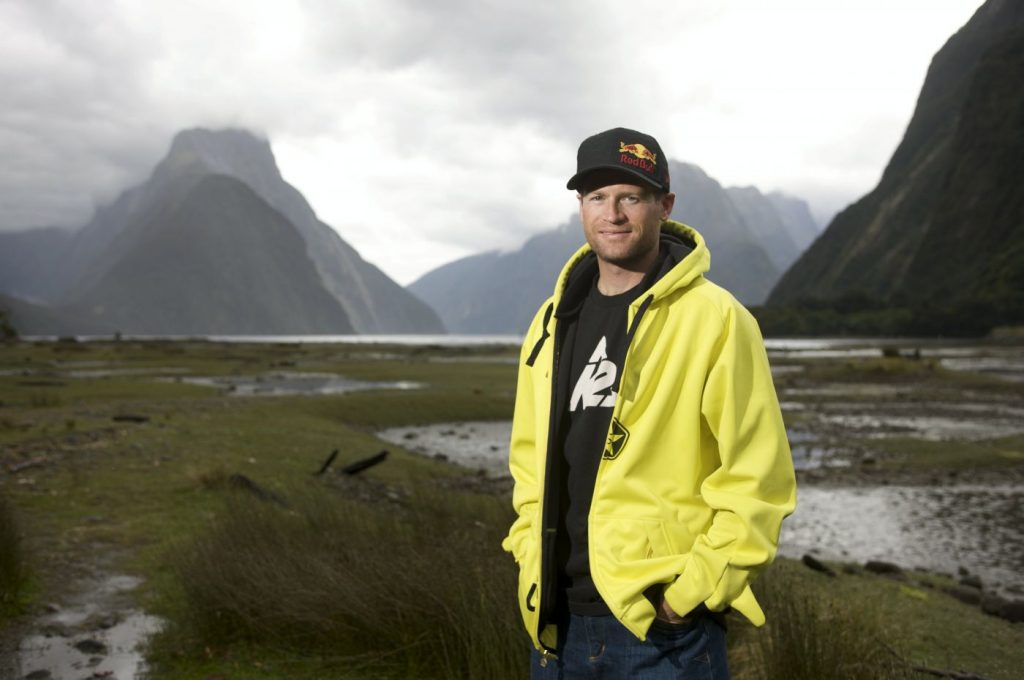 My only experience with the ringleader of the freeskiing world was pretty darn funny. It was last January in Blackcomb at the Canadian Freeskiing Championships. We were doing laps in the park as the competitors started to assemble for the slopestyle competition. As I was riding up the lift, near the top, I spotted Shane skiing down towards the park.

The funny thing was right in the middle of saying, “I just saw Shane McConkey,” the man himself stopped right in the middle of our group and said, “Really? Where’s Shane?” We all busted up laughing and were introduced to the man. I look back on that and just laugh. I must have sounded like a total gaper, but Shane didn’t care… he’s just stoked to see everyone having a great time with our sport.

Shane is arguably the most versatile skier of our day. And after seeing Scott Gaffney’s latest piece of work, I don’t think ANYONE can deny that. Shane has really spearheaded the entire freeskiing movement and allowed us all to shed the lame image of skiing in the 80’s. Neon everything, stretch-pants and skinny skis.

Not that Shane, single-handedly, has changed the whole face of skiing. He was just in the right place at the right time and had the ideas that would change the sport.

Freeskiing comps are going off all over the world. Kids are hucking sick tricks in their local terrain parks and pipes. The backcountry is becoming “the land of the natural kickers.” People are taking this sport to the next level and it’s so much fun to be a part of it.

That’s the story behind “There’s Something About McConkey.” It tells us that Shane is just busy living the dream and doing things that others told him were just plain stupid.

We’ve decided to promote ski films that bring stoke to skiing. We here at FeedTheHabit, love skiing. We dream about skiing. Most of all we get a kick from spreading the love around and seeing the smiles on everyone’s faces when they leave the show.

Shane has become a ledgend. We have that same opportunity, maybe not at the same level, but in our own way. Embrace your passions. Live your dreams. Work hard to achieve your dreams and you will always be happy.