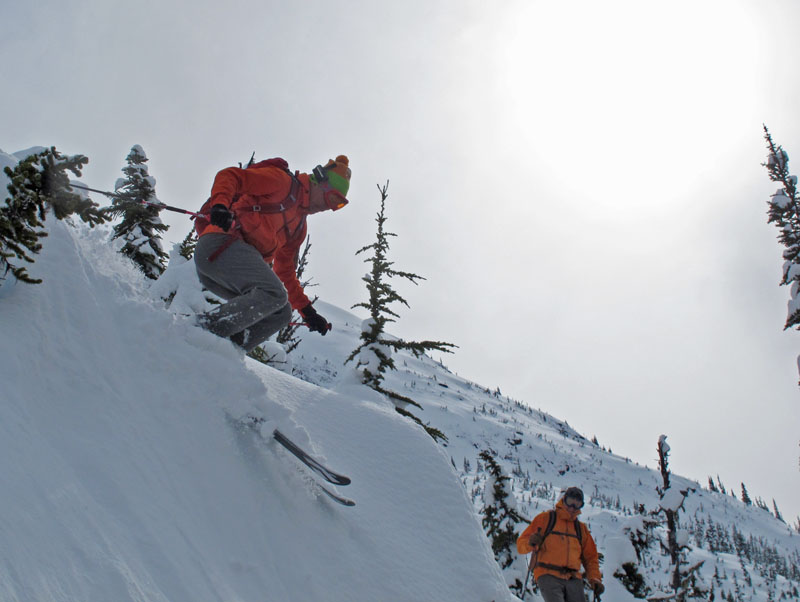 This review is an update of a now old review I wrote where I reviewed the Contour HD for snowsports. Contour has continually improved its camera so it makes sense to review and showcase the latest iteration of Contour’s POV camera – the Contour GPS.

As with the previous article this review is for a specific situation and use; point of view (POV) cameras for the snowsport enthusiast particularly for use with heavy snowfalls, dark gloomy winters, and challenging light conditions. Contour (the company) has made several changes to the ContourGPS camera all of which improve useability. This article will highlight the improvements.

Of course there is now GPS functionality. To be honest I didn’t use it much. It’s no use as a navigation tool since you can’t extract waypoints. You have to use the Contour video-editing Storyteller application to show the GPS tracklog and I don’t use that software. The GPS functionality is a battery hog.

(Note – Contour released functionality to preview video on an iPhone in the last month. I don’t have an iPhone, so someone else will have to review that feature)

I am now relatively experienced with POV videos having shot literally hundreds. I have no aspirations to produce professional quality videos – my efforts are limited to short snippets uploaded to the web via Vimeo. I have little interest in video post-processing and limit my efforts to merging raw clips together and sometimes adding text and soundtrack. My videos mainly showcase skiing and biking in the Southwestern British Columbia, Canada area. Although I’ve tried to pay attention to concerns that “prosumer” videographers may have, the comments in this review will reflect my biases.

I have provided many video clips as sample output. PLEASE READ THE COMMENTS ABOUT THE VIDEOS (click the Vimeo links to see them in HD and/or to read the comments) which outlined how I rendered and presented the videos. You can process video output to preserve as much quality as possible (larger files say for file-sharing via DVD) or like I did, you can process the videos to present pretty decent quality while managing file sizes for video-sharing via web. In general, my videos combine different points-of-view, include static footage and tend to be shorter. Your mileage may vary.

Listed here are the major changes between the Contour HD 1080 and the ContourGPS. Many of these changes make the ContourGPS a better camera for POV use in snowsports:

To summarize, while GoPro’s flagship GoProHD hasn’t changed over the past year, Contour hasn’t been standing still. I had wondered how Contour could change the camera without incurring the substantial cost of re-tooling new molds and admit to being suitably impressed. Contour took the Contour HD1080; listened to many customer concerns and introduced small yet meaningful tweaks. These tweaks have the cumulative effect of making this a better camera.

Now I admit to not being overly impressed by the GPS feature. In my opinion, it’s marketing bumpf and a gee-whiz feature but what do I know? If I wanted a GPS, I’d use my standalone GPS. Having said that, the ContourGPS’s improvement as a camera are substantive. They improve an already pretty-decent camera. Innovation, constant refinement and consistent improvement can only make Contour’s offerings better.