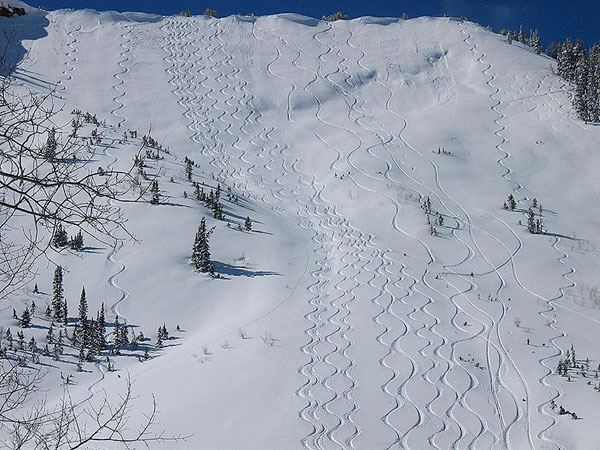 Square Top… The Beast of the East Wasatch

When you’re talking backcountry skiing in Utah and slopes worthy of mention, most of the slopes one will think about are found in one of the two Cottonwood Canyons. However, there’s a slope on the East side that can stand up against the rest of the Wasatch.

There’s a bit of mystic surrounding Square Top. Perhaps it’s because of the couple who were tragically killed in an avalanche in the winter of 99-00. Perhaps it’s because it’s notorious for sliding. But if you get a chance to hit it when it’s good, well, trust me – it’s good! After receiving a foot of the good stuff a small posse of Canyons locals nailed it, 3 times. Our buddy Johnny was there to snap this photo, after taking the lone ranger line to the skiers left. Which line would you like to ski?