Drawn by the promise of untracked powder, I knew my second venture to the little Goliath at the top of Highway 2 would be a memorable one. With a friendly, yet laid back management style and open boundary policy, the Stevens Pass backcountry has gained a reputation for attracting those looking for piece of solitude. While the hordes were getting ready to duke it out at Mt. Baker and Alpental, I could hardly wait to click into my bindings and leave my first Stevens signature. 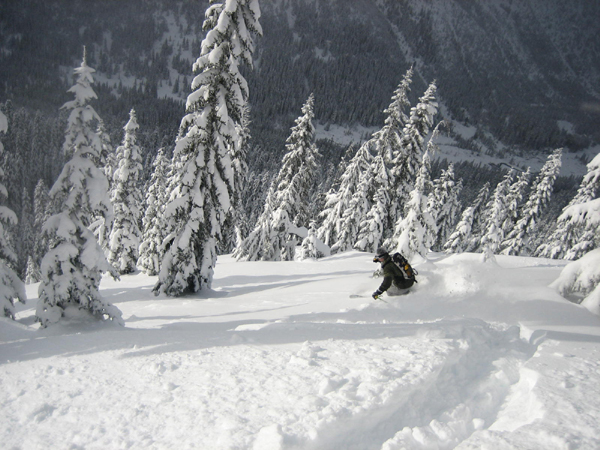 Earlier in the week, cold Pacific storms pummeled the Cascades, leaving behind more than seven feet of snow. The January storm cycles were relentless, and Mother Nature was intent on paying back the Northwest in spades for last year’s record drought. We were lucky. Today we caught a break in the storms. Ascending up the squeaky Double Diamond lift, a long gaze across the Pass revealed unlimited options. “You know how good it’s going to be, Don’t you?” smiled Zbo. Perhaps it was the way he grinned, but it certainly caught my attention. I paused before responding, and then suddenly, it hit me.

Today was about to go down as one of “those” days. The fact that it was about to enter legendary status was just cause for our excitement to peak. After all, this would be not just a day, but the type of day that sticks with you long after the season. It was to become a type of day that speaks in memories. A conversation starter that begins, “Remember that day…” Well carpe diem. Game time was upon us. 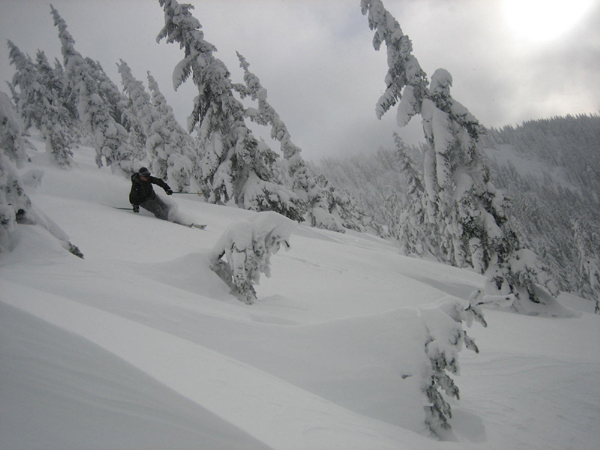 A fresh white carpet greeted me as I sunk deeper and deeper into the velvet light snow. The flakes felt buoyant under foot as if someone had placed a featherbed under the surface to absorb every turn. I almost slapped myself. Am I really in Washington? We continued on unabated, charging through the famed Backside that draws worthy comparisons to Vail’s popular “Sun Up” Bowl. Face shot after face shot, I was amazed at the vertical we achieved.

Our group remained frozen in astonishment. The Peanut Gallery paused before responding. I had to break the silence. “Unbelievable!” I gasped. Others expressed their amazement. But it didn’t faze our guide Zbo. He just looked back and laughed. We knew there was much more in store. 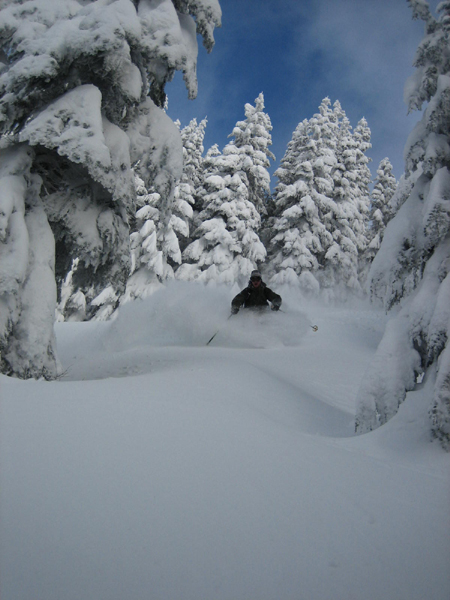 “Stevens has every aspect so there is always a lee slope. Northeast, Southwest, East or West, Stevens has it all,” beamed Zbo. And with the local phenomenon known as the East Winds (which filters in cooler air from Eastern Washington) ensure that Stevens collects some of the lightest, driest snow this side of Utah.

Cresting the summit after our Backside warm up run, it was time to explore. We set foot to one of the adjacent ridgelines that feed out like tentacles from the ski resort core. About 25 minutes of huffing and puffing yielded our first experience with the underrated Stevens Tree Sessions. Opening and closing like the doors of a never-ending maze; we gleefully hooted and hollered through the waist deep blower. Kate’s first turns were smooth and fast. The snow continued to astound drawing occasional comparisons to Colorado Champagne. Stopping for a quick breather, it only took a quick glance at the untracked terrain surrounding us to muster up some very giddy smiles.

In typical Washington weather, we alternated between light snow and glancing sun breaks. An occasional gentle snow dotted the skyline with snow so light a shallow breath would disperse quiet crystals into the tranquil air. 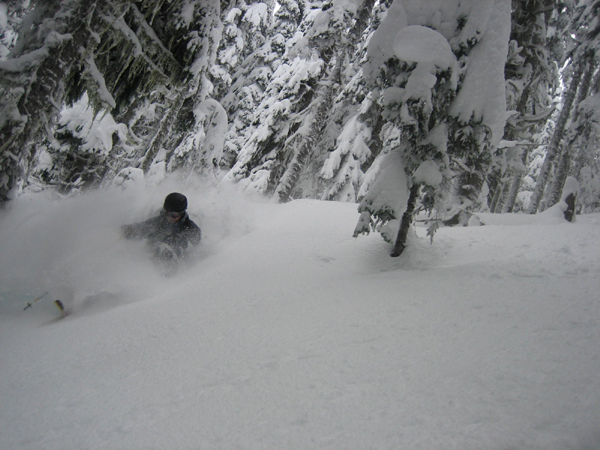 Just thirty minutes removed from the ski area boundary transported us to a wilderness more closely associated with Wyoming than Washington. Two Bald Eagles danced in the sky. Winds whistled through dense fir trees. Then Zbo pops out from the traverse to reveal a series of “butcher’s choice” Grade ‘A’ tree lines and untouched bowls. With a wry smile, he looked back, “Nobody ever believes me. While everyone else competes for lines at Baker, I‘ve got just as much terrain here without the crowd.”

I looked over at Kate and we gushed at the opportunities spread out beneath us. Dense tree pockets guarded the entrance to select meadows and a virtual Garden of Eden. Dipping softly into billowing snow plumes, we felt a joy that only endless powder can bring. Grouping up at a halfway point, we paused for a moment to reflect on the bounty. With the beginning of another thigh-deep tree run without a soul in sight, it finally struck me. “So this is what Zbo has been raving about for so long!” As I floated on still in disbelief, a coy Zbo smirked back at me, “Aren’t you glad?” 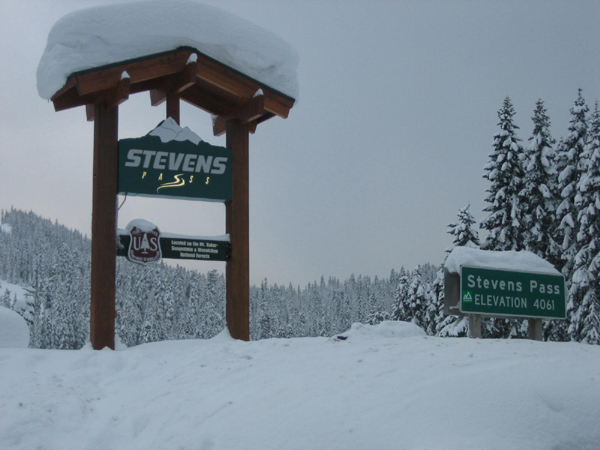 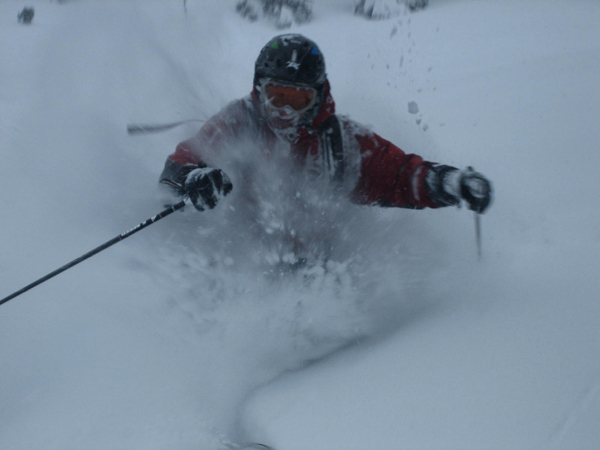 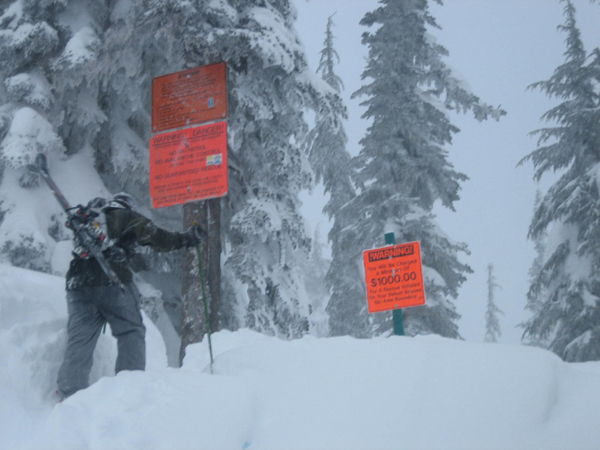 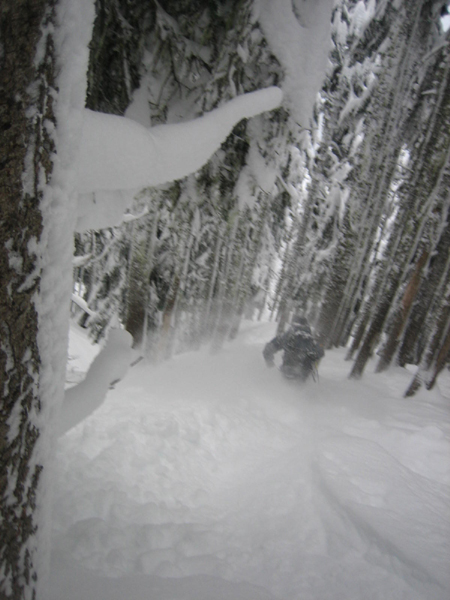 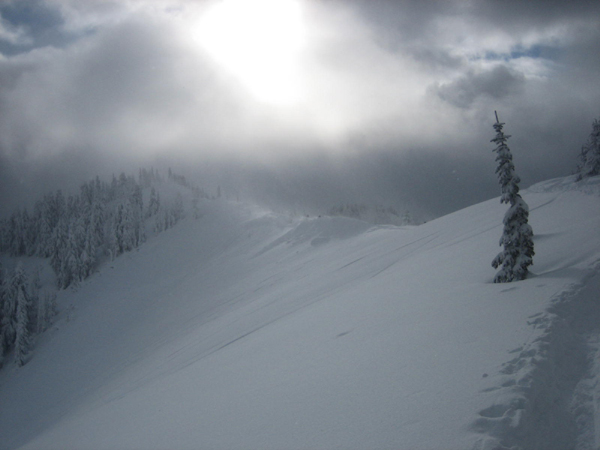 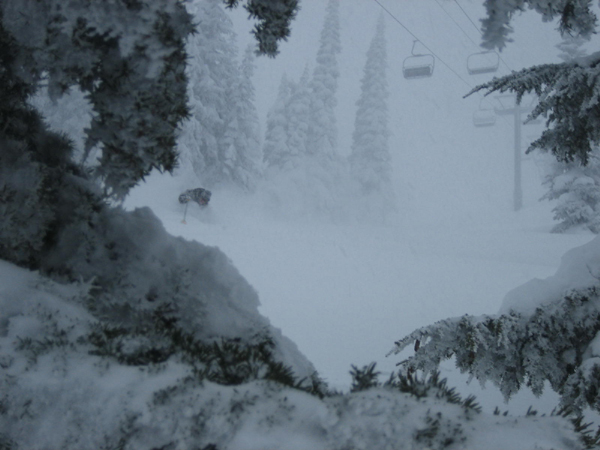