One of the most dreaded tasks any backcountry skier will do is cut their climbing skins. After shelling out $200 on something, the first task is then to cut them. The mental challenge becomes even harder when you realize that you can’t just place them on your skis and trim to shape — no, it can’t be that easy. With most skins, you have to place them off-center by the width of your edges, then center and re-cut. At least that’s what I’ve been used to with every pair of skins I’ve cut previously.

So, yesterday, I unpacked my brand new G3 Alpinist Climbing Skins with the same “skin dance” expectation. After pulling everything out of the box, I was immediately drawn to their nifty trimming tool. 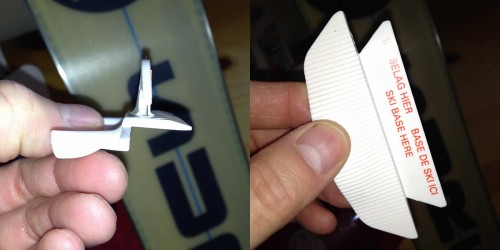 Comparing the G3 trimmer to the standard Black Diamond trimming tool, it’s like comparing a Toyota Corolla to a BMW M5. BD’s version is worthless and should be laughed into oblivion. Don’t get me wrong, BD makes great stuff, but they should license this cutting tool from G3. 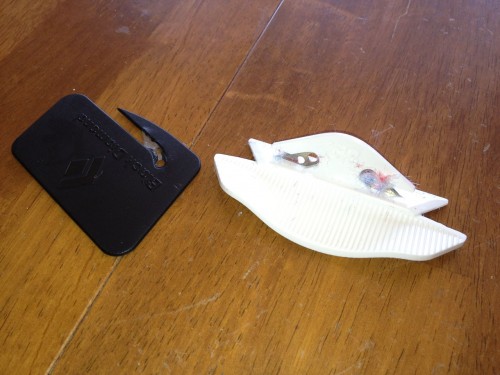 If you look closely, the magic of the G3 cutting tool is that you can slap your skins on your skis (perfectly centered) and then cut away. It automatically compensates for the width of your edges in a single pass. The trimming process for my Alpinist Climbing Skins literally took me all of 5 minutes! Yup, I was floored too. I had perfectly-cut skins without all the typical mental torture I’ve been accustomed to. The end result is a perfectly-cut and symmetrical skin.

On top of easy trimming, G3’s unique tip attachment system makes open loop systems look amateur.  It confidently grabs the snout of my Surface Walk Free’s without so much of a fuss. With some funky tips, this attachment system could cause problems, but for the majority of skis on the market, it will work like a charm. This week, I’ll begin the on-snow test, but at the conclusion of the cutting and fitting test, I’m sold on what G3 brings to the table. 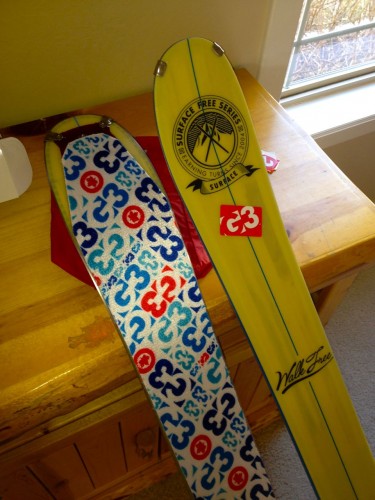