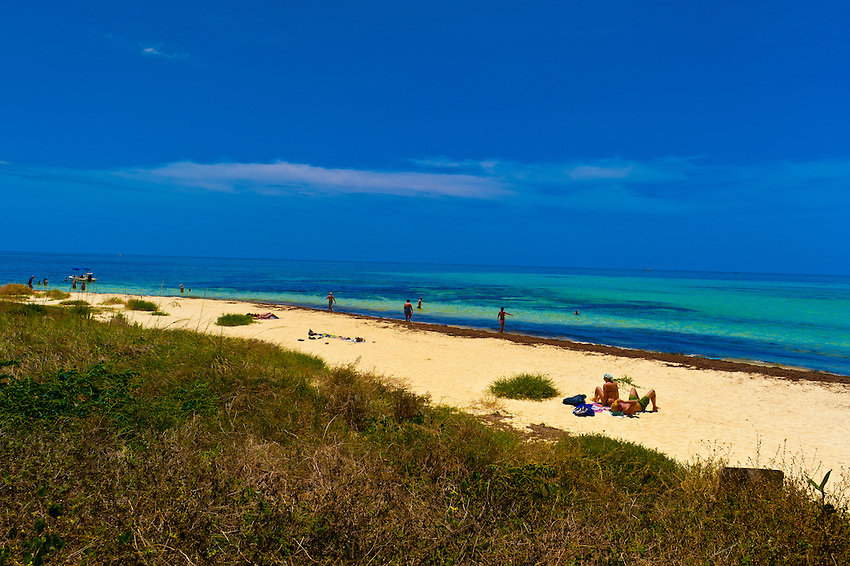 Wednesday afternoon. I’m crapping on the doctor’s orders. I’m lounging in the sun.

Ever since I got away from my ski instructor job at The Canyons, UT, and started diving in the Keys, I’ve been plagued with a sun rash, or ocean rash, or some other kind of other “anti-fun” rash. The doctor said that I should stay out of the sun, and I certainly shouldn’t get into the water. “In fact, avoid fishing, barbecues, campfires, and riding your longboard. And don’t give me that look, kid, or the rash will spread to your face, too.”

It was obvious that my doctor was loony, so I skated home and went right out and snorkeled the coral heads at Looe Key the whole next day.

Looe Key is not actually one of the islands known as the Florida Keys. It’s a natural coral reef that sits just to the south, about a 30 minute boat ride from Big Pine Key, my island. It has a shallow crest that sits about 1 foot below the surface, then drops off to the south in grooves and fingers, tapering off at about 75 feet. With 50 public mooring buoys available there’s plenty of anchor locations to choose from.

On the North side of the crest are the coral heads and some sea grasses. It’s shallower (about 8-10 feet) and good for snorkeling. The mounds of coral, most about 6 feet high, are home to spiny lobster, blue crab, and almost every variety of angelfish and snapper. Large parrot fish are common, the biggest reaching the size of my torso. The playground bullies of the heads are large nurse sharks, eagle rays, and barracuda. It’s almost impossible to swim out here without seeing cudas or nurse sharks.

I saw my group of friends all gawking at one big coral mound that looked like a giant muffin. I finned over to them to see what the excitement was and froze stiff in the water when I saw a 5-foot cuda by it with its mouth wide open. Nice teeth. The only appropriate words at a time like this are cuss words.

What added more to our surprise, as a school of parrot fish swam away from the large barracuda they exposed about a 7-foot shark edged up under the muffin mound, too. More cuss words.

Nurse sharks have some beefy jaws and teeth, but rarely attack humans unless you yank on their tail or something else stupid. They would much rather eat lobster and crab, crushing the shells with their powerful jaws and slurping out the goods. They make a sucking noise that sounds like a nursing baby, which is how the shark gets its name.

Nurse sharks are also seen on the deep South side of the reef crest, along with 200-pound tarpon and every little bright-colored fish you can think of. Diving in the deep end is a classic Florida Keys dive – lots of life and clear water. Swimming in between the coral fingers at depth feels like racing a fighter plane through a canyon – a lush canyon with elkhorn coral, eagle rays, and 5-foot moray eels around every corner.

The dive is non-technical but exciting. Get a guide if you’re going to any of the numerous wreck dives in the Keys. The folks at Underseas Diving on Big Pine practically have the ocean floor memorized and are real personal with everyone. JB from Underseas is a queen. She wears her wetsuit moreathan all her other outfits combined, and it’s been that way for her since before I was born. All of Big Pine Key knows her tan van that’s plastered with Body Glove and PADI stickers. She won’t do you wrong.

About 30 miles from Big Pine Key and at the end of US1, the Overseas Highway, lives the town of Key West. Made the richest city in America by schisty pirating back in the day (the locals set up fake lighthouses and channel-markers to direct passing ships to shallow water), the town is still comfortable with its rebel personality. Salty old codgers mix with the rich on Duval Street, listening to a sidewalk guitarist who sounds just like Dylan, or riding their scooters to the next pub. Hard Rock Café is there, but the Bull Pub kicks out the sweet blues.

The gay and lesbian community is big in Key West. There’s no lack of gay bars or gay pride activities. One of the guys in our group is gay and has been down here often. He finds the atmosphere un-inhibiting, and I would definitely agree with him that it’s easy to meet exciting people. Being straight and having never lived in such an openly gay community (Seattle doesn’t count?), I was a little wary my first night on the town. Probably sounding homo-phobic, I asked him, “Well, is everyone real aggressive?” He just laughed and said, “Well, let’s just say that you might feel like you’re swimming with the sharks even when you’re on land here!” I felt uneasy.

But it didn’t take me long to realize that I could feel comfortable here, least of all sneered at or out-of-place. The shops and restaurants have personality and the people are fun. A cool place to pass the evening.

Key West is also a center for artists and writers, and has been since the days when Hemingway and Jose Marti lived here. Many celebs have made this place their second home, including the poet Shel Silverstein, who passed away in early May of 1999 while in Key West. I’ve read a lot of Jose Marti’s work while here, and a few days a go a went to the furthest point West on the island and stared out over the ocean – only 90 miles to Cuba. There’s a statue of Marti that stands in Cuba, honoring his revolutionary vision and writing. I thought long and hard about buying a ticket to Cuba and disappearing for a few years, tracing the steps of Nicolas Guillen, Nancy Morejon, Hemingway and Marti. But I told myself how crazy that notion was and wrenched my wandering thoughts back to Key West. It’s safer.

While you’re here, stay tuned into what’s happening in town keep your eyes peeled for concert flyers on telephone poles and in store windows. Last week Andrew Tosh, son of reggae legend Peter Tosh, and Michael Rose of Black Uhuru came to the field at East Martello Towers to give a concert. Fresh from Kingston, Jamaica they spilled out the beats and vocals that won Michael the first Grammy ever for reggae music, and a Grammy nomination for Andrew.

In the laid-back personality of Key West, the crowd didn’t show up until an hour-and-a-half after the show was supposed to start. The artists were apparently used to this attitude and didn’t start playing until about that same time. In the meantime reggae CD’s were busting over the speakers and the boys from Island Bicycle were whacking open the freshest cocos and selling them with a straw and a flower for 3 bucks. They made a killing.

The sun set over the sea, and all of a sudden Tosh burst onto stage in a full white robe with gold lining. His music pulsed with the same rastafari soul his dad Peter thrived on. After a stack of his own songs he lept into a medley of Father Tosh’s standards, including “Get Up, Stand Up” and “Egzebier – Let Jah Be Praised.” After that Andrew sat down on the monitor speakers, face to face with us in the front row and said, “I don’t be smellin’ none o’ dat sweet marijuana tonight. What’s da matta, Key West? Too many cops around?” The crowd yelled back “Legalize it!” He smiled and cued the band, and they kicked out the first chords of Papa Tosh’s biggest solo hit, “Legalize It.” Everyone was moving. Andrew finished with a soulful reggae version of “Johnny B. Goode,” hardly recognizable except for the lyrics, which were wrapped around a Caribbean accent, anyway.

After Tosh’s encore, it was Michael Rose’s turn and he taught us all what it means to be a Grammy-winning artist. The crowd was dialed throughout his entire performance.

Though no one wanted to go home, the time finally came to end the concert. That show was just what this little white boy needed.

So now I’m looking at the end of my time here and leaving for Massachusetts. I’ll miss Key West. I’m sure that a plate of coconut shrimp and yellow-tail snapper are not waiting for me there. I’d better go fill my belly before I leave. I’ll at least take two souvenirs with me – a happy tummy and an anti-fun rash. I expect it to spread to my face any day now, too, ’cause I’ve been grinning like a toothless bandit for two months now. Maybe I’ll extend my little vacation by a few years and disappear to Cuba. Then the adventure would never have to end…

Where to stay: Depends on how much you want to spend. Little Palm Island is a private island resort built in tiki-hut style. Awarded the Four Diamond award from Triple-A, you can expect to spend at least $400.00 per night there, and $50.00 a plate at the restaurant. The Grand Suites have a rate that varies between $950 and $1700 per night. The island resort is accessed via ferry from Little Torch Key. It’s a great place for a honeymoon or an anniversary. Call for more information and more accurate pricing.

There’s also a whole pack of Bed & Breakfast homes in Key West itself. They are certainly less expensive and less exclusive, but smack in the middle of the action and most are cool, classic Spanish Colonial homes re-done into B&B’s. My recommendation: sleep on someone’s couch. It’s way less expensive – take them out to eat at nice restaurants a couple of times. Offer them a couple of weeks on the couch of your dingy Bronx apartment and some tickets to see Stomp on Broadway. The instructors at SeaCamp (a marine biology educational center on Big Pine) are easy-going folks in their 20’s and 30’s who usually have a couch to spare if they don’t live at the camp itself. Give them a call at (305) 872-2331. If you’re nice, they’ll take you deep-sea fishing and to all the cool hang-outs, too.

Where to eat: The Circle-K’s always good. But the best meal I’ve had was the grouper maison at Duffy’s on the corner of Truman and Simonton in downtown Key West. Expect $20-$30 per plate, more for the lobster, of course. Casual dress. Kelly’s in downtown Key West has great yellow-tail snapper (served whole), and I’ve never tasted coconut shrimp as good as Kelly’s makes it. Porky’s on Marathon Key is more of a bar-style atmosphere, with some good, inexpensive grilled dolphin (the fish – Mahi-Mahi – not the bottle-nosed mammals you know as Flipper).

How to get around: Fly into Miami and rent a car, or fly right into Key West International Airport (better). Once in Key West you can rent a scooter anywhere and it’s all you really need. There’s Avis, Budget, and Dollar Rental Car companies all right at the small Key West airstrip, if you really want a car. A cheap, Hampton Cruiser bike with a basket from Island Bicycles works just fine, too.