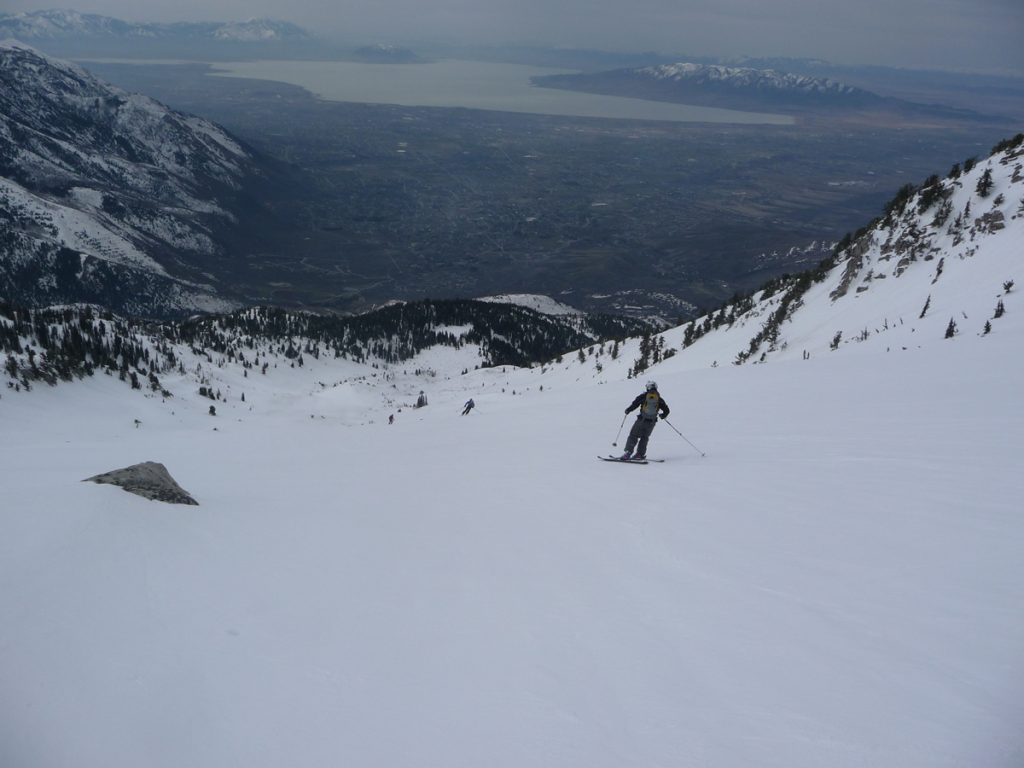 Lone Peak: Skiing the South Ridge of One of Utah’s Finest

The South ridge of Utah’s Lone Peak is my canvas. Day-in and day-out, I stare and stare and stare–painting ski descents down its expansive face. With thousands of vertical feet and seemingly-endless lines, it was all a painting in my mind until now.

The prize-winning line was what we called “Heaven’s Halfpipe“. This line is flanked by cliffs on either side, which are really the last bit of elevation prior to the summits of Lone Peak and Bighorn Peak. It is one of the most visible bowls from the ridge and seems to beckon skiers to its slopes (well, it has surely beckoned me for years). 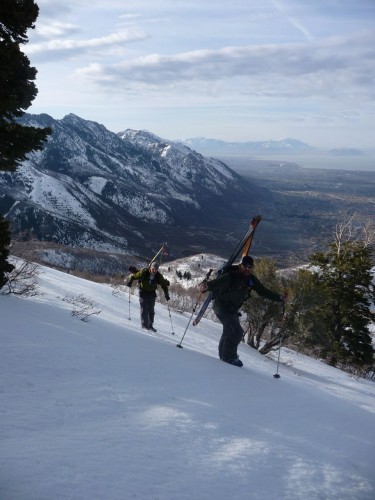 Heading out from the trailhead in Alpine, we slipped into the early morning and began ascending. After nearly 1500 vertical feet, the dirt road transitioned into a small white ribbon of snow. Continuing on with hiking shoes, we ascended all the way to the Second Hamagog before switching to skis and skins. By then, we were all more-than-happy to get the skis on our feet and off our backs. 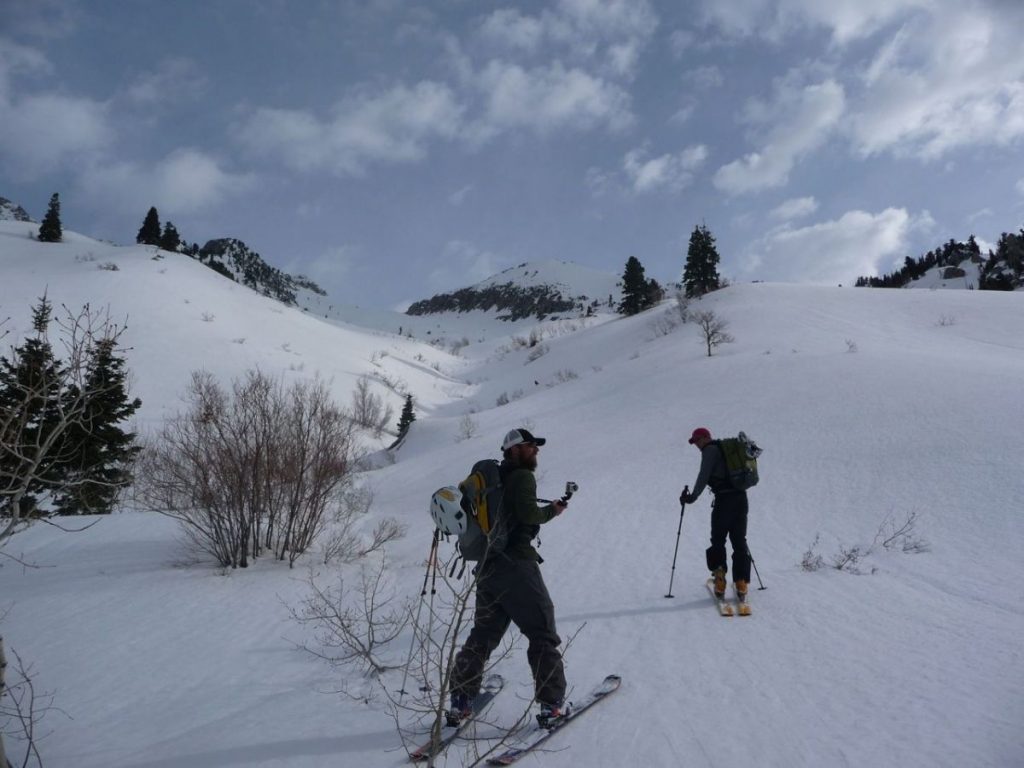 At that point, the entire bowl comes into view and the plan was to skin straight up the gut. As we got closer, the varying terrain becomes more and more apparent. What looks like a smooth run from below is really slightly wavy with multiple fall-lines and a few ribs here and there. The South-facing snowpack had been well sunbaked and the terrain looked more and more like a Picasso painting with wavy, river-like snow patterns.

Once we got to the ascent, we felt it was just shallow enough to put it in 4WD LO and head straight up. My Surface Live Life skis with and Black Diamond Ascension skins confidently gripped the firm snowpack. Others didn’t have quite the luck I did, but I did have the fattest skis in the bunch. 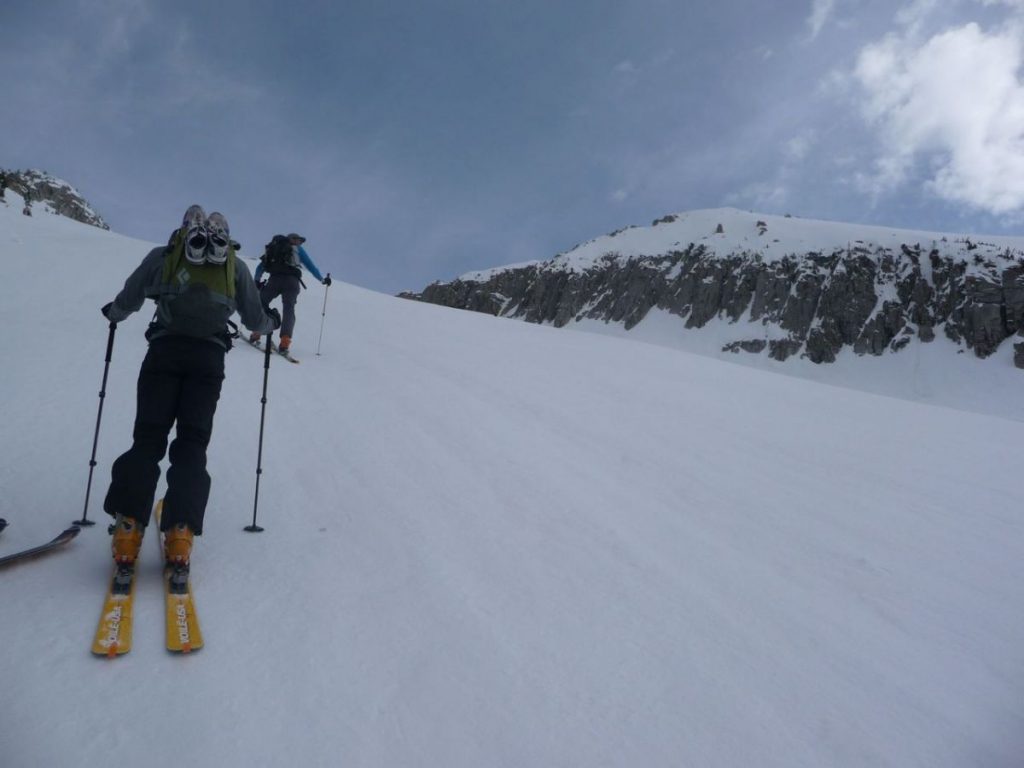 With only a couple of sidestepped pitches, we reached the saddle and looked down into Upper Bells Canyon. The knife ridge isn’t much to stop on and the ascent to either Lone Peak or Bighorn Peak from there is best left to climbers with crampons and ice axes, so we dropped back down from the wind-hammered ridge about a hundred feet and ate our lunches while waiting for Mr. Sun to cook the corn for us. 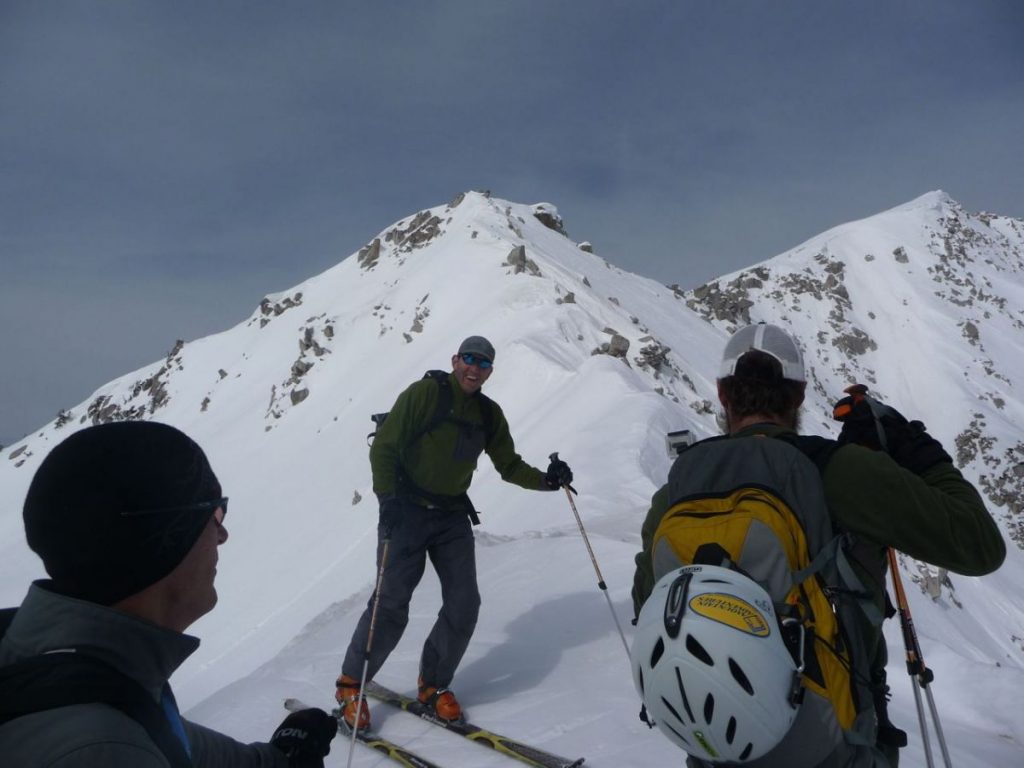 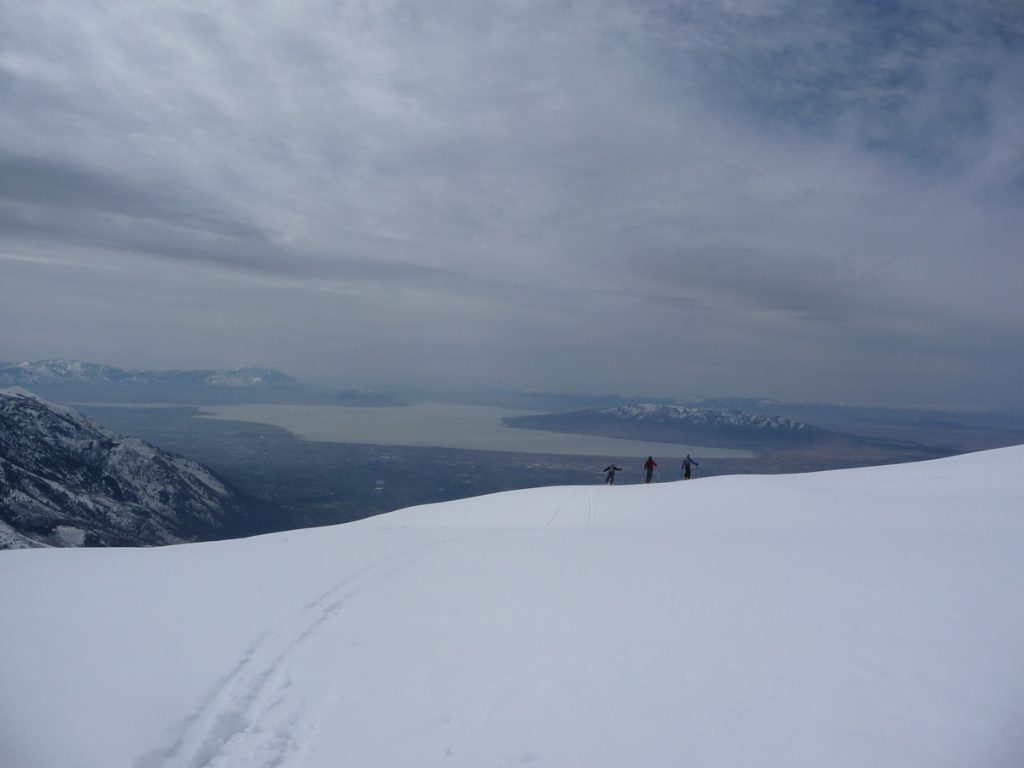 Once we started descending, conditions had softened up just enough to make the uppermost 500 ft. grippy and the remaining 2000 ft perfect hero corn (oh yeah!). Carving high-speed arcs in perfect corn was absolutely delightful while playing with the variations in the terrain all the way back to the Second Hamagog.

From there, a quick sidestep allowed us to gain the ridge and ski directly down to the First Hamagog and out the way we came. In the end, we ascended 5000 ft and skied back down about 3500 ft before returning to dirt and back to our cars. A successful 5-hour tour indeed. 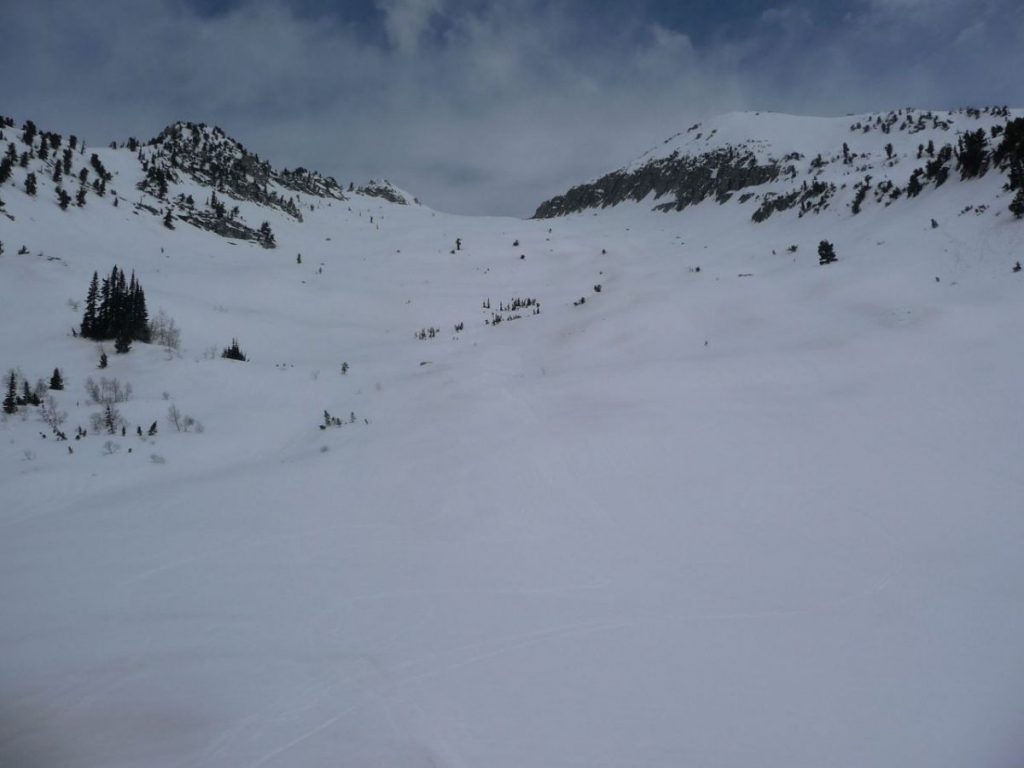