With busy schedules, often times rides get relegated to early-morning or evening. Only the stalwart riders stick to their riding schedules and actually make it out. With the Princeton Tec Push bike light, I’ve been able to comfortably swing out for early-morning canyon assaults without worrying about being able to see where I’m going. 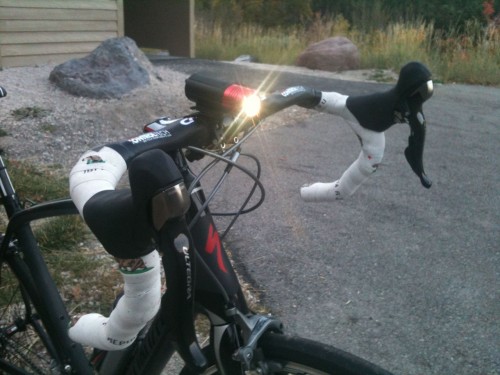 Starting last Fall, I slapped the Push onboard the Specialized Roubiax and slipped up American Fork Canyon in the wee hours of the morning. It was clutch and has provided awesome illumination up the winding, narrow canyon roads.

I was able to mount the Push to my extra-thick Control Tech ergo bars by tucking it as close to the stem as posible. Doing so, the pivoting feature became even more important. I love that the mount pivots sideways. I found that to be extra important because it mounted best a little cockeyed. Adding to that, the pivoting ability helped me avoid blinding oncoming traffic.

During the darker hours, I used the high beam, then switched it to the low beams to save battery while still keeping myself visible to oncoming traffic. I never used the flash beam, but if you want to be noticed, that’s your best choice. I used the Push up front and the Swerve in the back for maximum visibility. 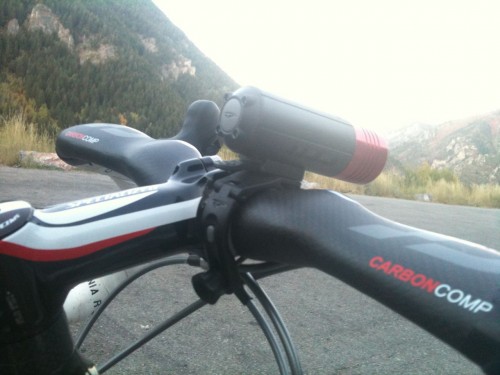 The Push has been key to my morning road assaults and I’ve appreciated the crazy bright Maxbright LED with pivoting mount. I look forward to morning rides, thanks to the Push.