Geoff Kabush is certainly one of the most accomplished Canadian XC racers on the World Cup circuit today. Last year wasn’t one of his best years, but he’s always a gamer and has been a large force in the circuit for many years.

He’s now taking his legendary skills and chops to the Scott – 3Rox Racing Team for 2012. After seven years with Maxxis and the last three with Rocky Mountain, it’s quite a shift, but should certainly be a great move for him and for Scott as they launch their new 2012 Spark XC race bike in both 26 and 29er versions (read my Scott Spark 29 RC review). Check out a video about his move and the press release below.

Geoff commented, “Changing programs the year before the Olympics had the potential to be stressful, but I couldn’t be happier about how things have worked out with SCOTT-3Rox. I had a lot of decisions, but SCOTT-3Rox was an opportunity I couldn’t pass up. SCOTT’s pursuit of excellence and dedication to racing shows in their incredible line up of bikes; I can’t wait to ride and race the Spark and Scale. It was also a big deal to me that SCOTT showed a desire for a long-term commitment; I am really excited about several ideas we discussed and their plans for the future. Partnering with the 3Rox program and the support I will have from them was also a big factor in my decision. One of the main reasons I race is to have fun, and I am looking forward to some good times with a great group of people. I have everything I need for success in place now, and I’m really looking forward to concentrating on preparing for the 2012 race season with SCOTT-3Rox.” 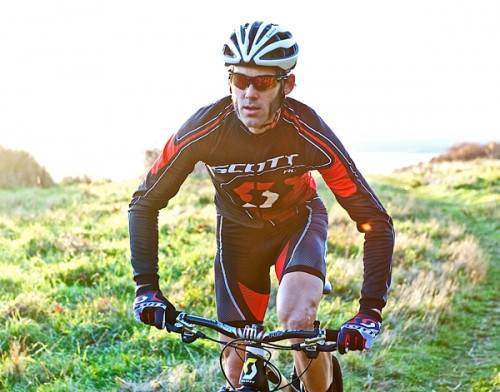 “SCOTT- 3Rox began four years ago as a developmental program supported by MICA Sports, the Canadian distributor for SCOTT Sports,” said Adrian Montgomery. “The Team manager, Kyle Douglas, has done an excellent job in building the support network necessary for a program that we would get behind. When we had the chance to nab a top North American to race with, we jumped at the opportunity. SCOTT is a company with a rich history in racing, and we develop high performance, lightweight products for competition of the highest caliber. Now we have an athlete who can represent our products in this part of the world, contesting races our European based World Cup team cannot.”

“I am very excited about signing Kabush, as it has been a fun and new experience for me,” remarked Kyle Douglas, manager for SCOTT- 3Rox Racing Team. “I believe that a successful program relies on having a strong foundation, and adding Geoff to the squad allows the team to get to the next level. Geoff has many aspirations, and we wanted to make sure that going into the Olympic year he has all the support he needs to perform. There will be many challenges, but having strong companies supporting the team, I feel that we will attain our goals. Overall I am very excited to add an asset like Geoff to SCOTT-3RoxRacing.”