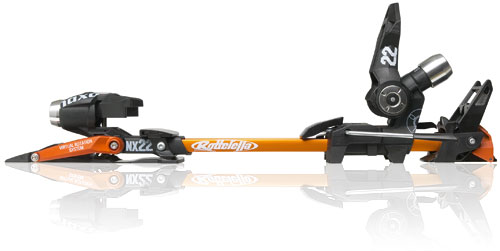 I got word this week that Naxo has gone out of business. A simple email from the Brand Manager for Rottefella broke the news.

Honestly, it’s not much of a surprise given the troubles that Naxo has seen over the years. Their introduction to the marketplace was problematic at best (broken toe pieces and heel pieces galore) with some improvements in subsequent years (read our NX01 Review), but they never fully recovered from the problems out the gate. When Rottefella purchased Naxo in 2006,  I thought maybe they would have a chance at resurrecting them, but alas that wasn’t to be.

I dug up the following quote from Torbjorn Ragg of Rottefella.

“Despite strong sales and marketing support for Naxo since Rottefella purchased it in 2006, the bottom line is that Naxo hasn’t achieved the critical mass worldwide that we needed in a very crowded market,” said Torbjorn Ragg, Marketing and Sales Manager for Rottefella.

The market isn’t nearly as crowded as the alpine ski binding market, but there are two dominant players: Fritschi and Dynafit. However, Marker’s Duke and Baron bindings have also put the hurt on Naxo’s business as the burly touring binding of choice. Those interested in bombproof downhill performance are opting for the Dukes.

Last season, I got the chance to tour on the Naxos for a few months.  Their “ergonomic” design, though clunky, really did make for a smoother stride–until things got steep.  On steep skintracks and especially switchbacks, the forward pivot point made for serious challenges when needing to step on the edge for traction because the leverage point was so far in front of the toe.

I’m sure someone will pick up the pieces and potentially re-introduce the Naxo platform under a different design at some point in the future, but for now, it’s Fritschi or Duke for those seeking alpine/backcountry crossover ski bindings.