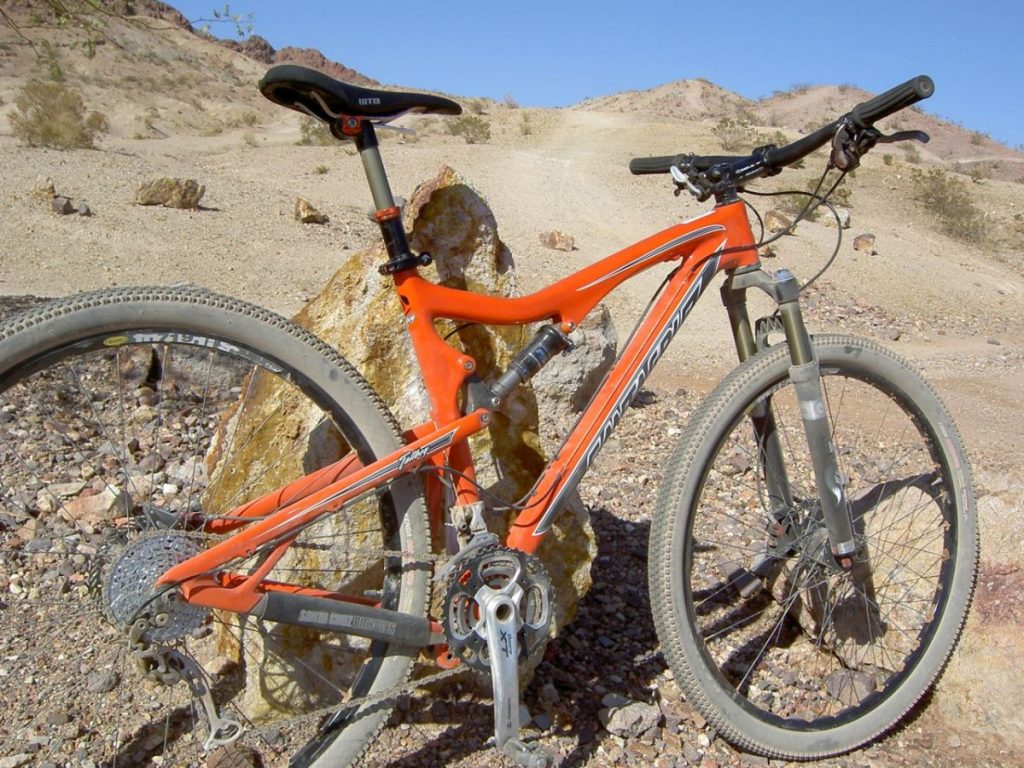 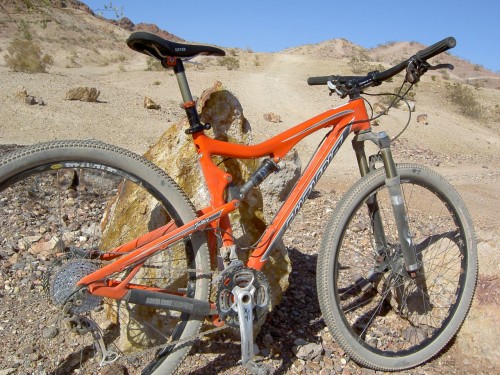 The bike arrived just as I was about to slip out on the Blur LT Carbon, which ended up being perfect timing. A quick pedal change and shock adjustments and I was out on the trails of Bootleg Canyon.

This test bike was built up with an excellent trail-worthy parts spec (essentially the SPX kit): 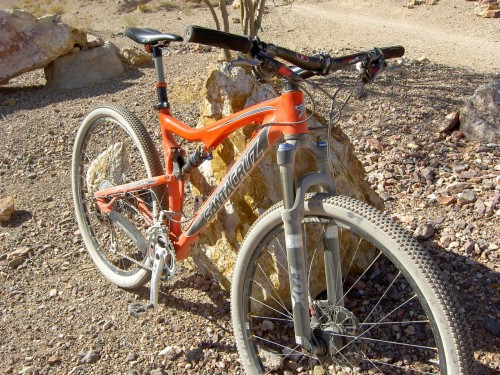 By this time, my legs were spent (this was bike #7 of the day) and I was juiced up on more PowerBar liquid, goo and protein  bites than any human should ever consume in an 8-hour period. But, my legs were easily able to pedal the Tallboy–it felt effortless. This bike is a surprisingly-sprightly climber with oodles of efficiency and trail feel.

I was able to ascend up some technical terrain on West Leg Trail without so much as a flinch from this bike. It simply powered through any obstacle I encountered and asked for more. The rear wheel hooked up extremely well in the loose/rocky terrain of Bootleg Canyon. Front-end wander was pretty much non-existent as the balance of this bike is completely dialed for trail riding. Only on the fire road climbs did I notice the rear end bobbing a bit more than I’d like. However, with a quick flip of the Propedal lever on the Fox RP23 had me pedaling uphill with the best of them.

At speed on the downhills, the Tallboy continued to shine. This bike feels like a great trailbike–it just happens to have 29-inch wheels. It inspired confidence and was a ton of fun on drops, rock gardens and even on the small bridges, ramps and the lone teeter totter.

Apparently I was having a bit too much fun because after I dropped the skinny to flat, my rear tire suffered a pinch-flat. Luckily I was right at the mountain bike patrol tent with a new tube in hand–thank you very much!

I was able to rally down the rest of the trail with a huge smile on my face as I railed corners and plowed through rocky terrain. This bike, my friends… is for real. 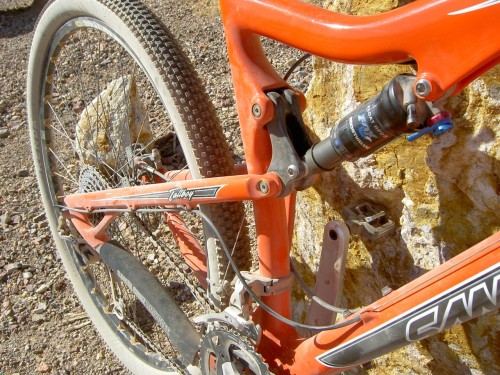 This bike was the most fun of the seven bikes ridden at this year’s Interbike Outdoor Demo. I’m hoping to get onboard one in the Spring for a full-on flog-fest, but trust me… this bike is a keeper.