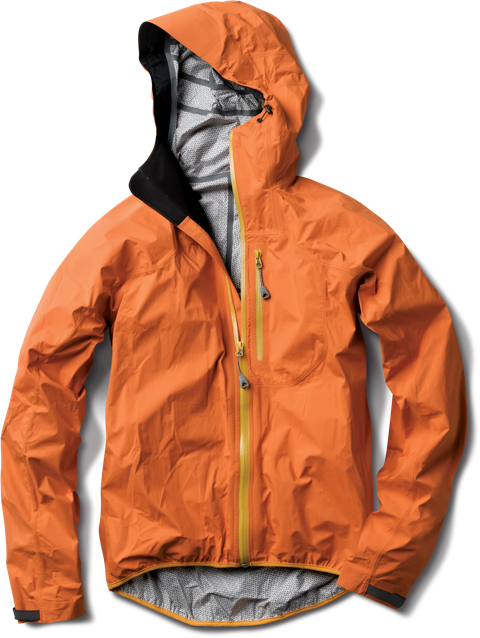 After rocking the industry standards with the Shift Hoody, Westcomb is doing it again, but this time with eVent’s latest DVL fabric. This new lightweight shell is more full-featured than the Shift while still remaining ultralight (at 7 oz.) and ultra-breathable. Westcomb designers latched onto the latest eVent DVL fabric and immediately put it to good use in the new Focus LT Hoody.

If you’ve followed this site, you’ll know that I have longstanding love affair with eVent Fabrics. When introduced, it simply kicked everything else to curb. Since that time, Gore and others have followed suit with their own flavors. But, eVent remains in my mind the pioneer in truly breathable garments that are also waterproof. I’m looking forward to seeing the Focus LT in person. For now, a photo and a press release is all I’ve got. 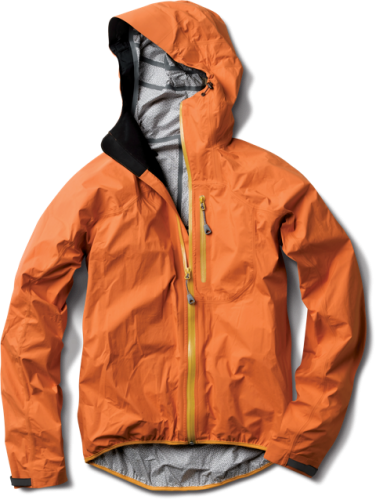 VANCOUVER, BRITISH COLUMBIA — This July, eVent® Fabrics announced a major expansion of their award-winning performance collection with a shell material that is both 100% waterproof and air permeable, known as eVent® DVL.

This August, Westcomb Outerwear (www.westcomb.com) will show the jackets to retailers for the first time, concurrent with the timing of numerous industry trade shows.

And this October, Westcomb will begin delivering those first-ever jackets made with eVent DVL to retailers throughout North America.

“The reality is that innovation can come at any time. But if you’re not first to market with it, then you’re not really innovating,” said Alan Yiu, president and lead designer for Westcomb.

Westcomb’s remarkable speed from fabric debut to retail delivery is the latest chapter in their innovative Shift Process – an ultrafast manufacturing-to-market model which made its debut in spring 2012.

Enabled by their 100% local manufacturing commitment, the Shift Process is leading Westcomb down the road of unlocking the brand from the traditional two-season calendar: a widely held standard in which product is rolled out to retailers in August or January, then arrives on shelves nearly a year after that.

In the Shift Process, Westcomb is developing ideas, building product, and enabling retailers to have product in hand 60 days after they see the first sample.

The Shift Process gives retailers the luxury of being highly relevant – not having to wonder what the weather will be like or if people will still like a certain style or color a year down the road.

Yiu first heard word of eVent® DVL in March 2012. As a longtime fan of eVent® – both the brand and the fabric capabilities – Yiu went directly to the company and placed his first fabric order.

“Westcomb is innovative, nimble and product driven and they were able to capitalize on our new eVent DVL technology and fabrics to bring finished apparel to consumers quickly. We’re excited to be part of that effort and have our latest innovation showcased in Westcomb’s line,” said Chad Kelly, Global Product Manager – eVent® Fabrics

The newest piece from Westcomb is called the Focus LT Hoody ($279, 195g). Constructed entirely of eVent® DVL – the Focus is the latest in a lengthy string of Westcomb recipes that feature eVent®. Westcomb has been designing with eVent® since 2004.

Brilliantly light and incredibly packable, the new Focus can easily be compacted down to the size of a regular coffee cup. Made with a full cut – as opposed to the “abbreviated” fit common in many ultralight jackets – the Focus includes numerous comfort features including a built-in elastic cinch waist, Velcro wrist closures, and a stuff sack.

“With the Shift Process, we’re bringing product to the market at the speed of innovation. This time with the Focus, it happens to coincide with the widespread debut of people’s spring 2013 collections. But it’s so good, we want people to have it now,” added Yiu.

ABOUT WESTCOMB:
Westcomb (www.westcomb.com) creates innovative, stylish, performance-driven outerwear for men and women that is 100% made in North America and 100% committed to performance. Made to be worn in the most demanding conditions, Westcomb gear achieves a standard of excellence that is attainable only through the constant access and oversight provided by their industry leading commitment to local manufacturing. Conveying a true passion for the outdoor experience, Westcomb’s 2012-13 collection features strategically minimalist designs, blending essential features for active athletes with an international, athletic fit. Westcomb builds their unique performance apparel with a remarkable roster of industry leading supplier brands including Polartec NeoShell, eVent, Schoeller, Primaloft, Pertex, YKK, Mapp, Riri, and the world’s finest Hutterite goose down.