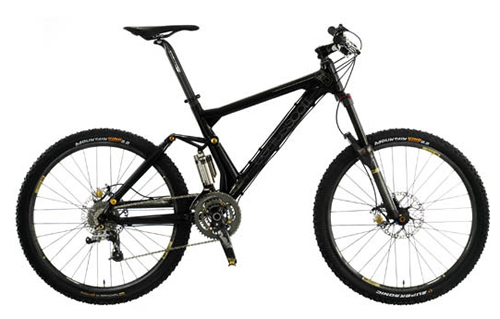 The million… er… $13k question is… can there possibly be a mountain bike in the world that’s worth $13k? Scott USA’s Genius Limited is coming in at $13,225 for 2009, so they seem to think so. We’re talking about a single bike that costs as much as over four of the venerable Kona Dawg Deluxe trailbikes (MSRP $2999) or two Rocky Mountain Altitude 90 RSL full-carbon trailbikes (MSRP $6499). I know someone will actually try to convince me that this bike is worth every penny, but at that price, even the most silver-tongued salesperson couldn’t get me to pony up.

Tipping the scales at barely under 23 lbs., this little carbon-fiber beauty boasts the lightest weight for 150mm travel of any mountain bike in the world–heck, it’s lighter than most hardtails. The Scott Genius Limited can potentially hang with the best trailbikes on the planet at an average weight savings of 6-7 lbs. Over the course of say, the Leadville 100, that kind of a weight reduction will be noticeable, but it all comes a huge expense.

Yes, the Scott Genius Limited is a showpiece… kind of like those ultra-skinny and starved runway models who wear the most amazingly-ugly clothes on the planet (I’m no fashionista) because it shows what’s possible, not necessarily what’s reality. This bike is a showpiece that is also intended for public consumption, so is this over-the-top mountain bike it worth the price? 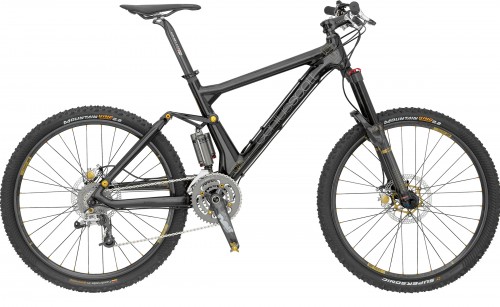 Scott USA likely has this thing on a short leash, so not many people have actually ridden it–let alone touched one. Cam McRae from NSMB.com got a chance to spin on the $6300 Scott Genius 20 last month and shared his thoughts in this thorough review. However, he only rode it on the buffed-out trails in Sun Valley, Idaho. I’m curious how it would ride on Moab’s Porcupine Rim or on the Wasatch Crest Trail. I didn’t see any Scott bikes at the Outdoor Demo either. Were they there? Maybe I just missed them?

Regardless of riding time, the Genius packs some serious travel into that svelte carbon frame. With 150mm of travel front and rear and 6 trim levels that start with the Genius 50 at $3450 on up to the creme-de-la-creme Limited that sets you back the cost of a very nice used car.

Some of the technology behind the Scott Genius LTD Limited includes: 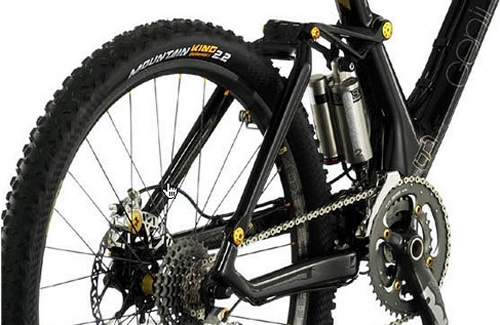 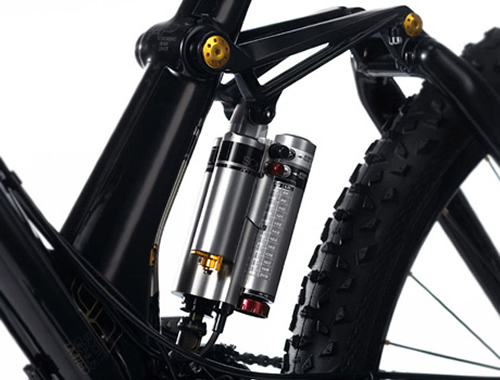 I’m not doubting that the Scott Genius LTD Limted is likely an awesome trailbike, but I’d be interested to see the sales projections for such an astronomically-priced bike. No doubt Scott USA’s engineers are masters of working with carbon-fiber and have worked hard on this showpiece, but the reality is who can afford to shell out that kind of coin on a bike? And, if they can afford that expensive of a bike, will they actually ride it? Who knows…

Maybe I can get my hands on one of them next year and find out for myself? Scott USA has been a hard nut to crack over the years, so I’m not holding my breath. For now, I’ll have to imagine it rides well while considerably lightening your pocketbook at the same time–cool feature!