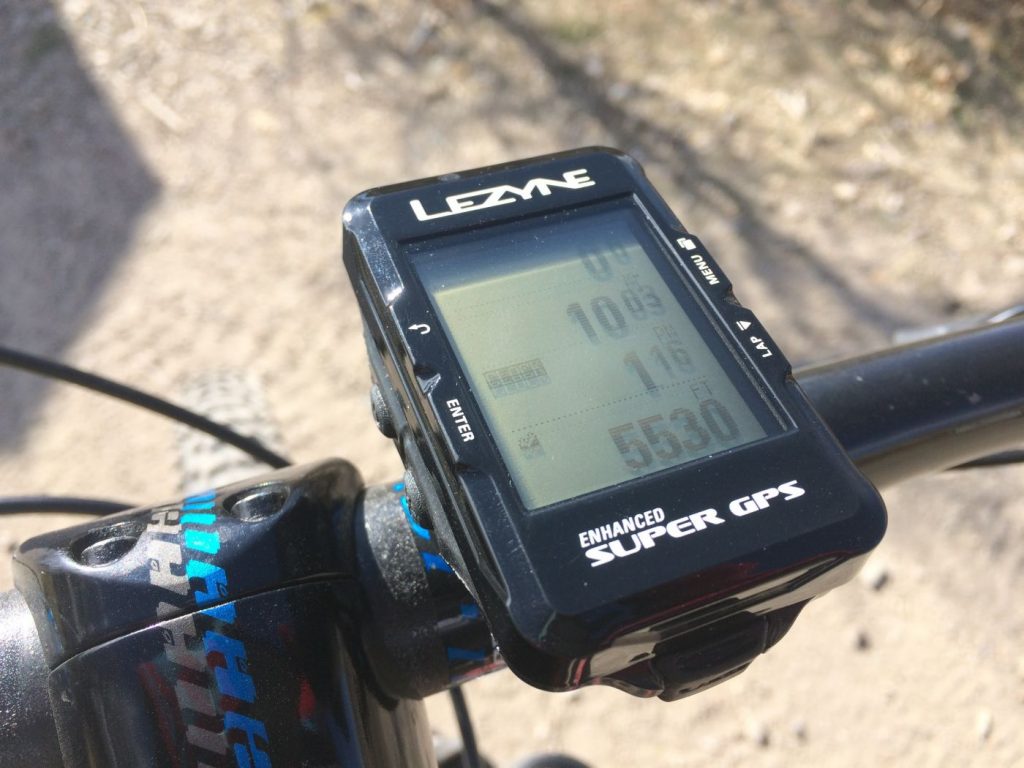 Riding with a standalone GPS bike computer is easier than ever these days. Yeah, you can get by just using your phone, but you give up real-time metrics and can drain your battery on long rides. Luckily, Lezyne has a full set of capable GPS bike computers that are affordable and feature-rich. The Lezyne Super GPS is one of the best deals going as far as bike computers go, so let’s dive into the experience.

Based in the sleepy cycling Mecca of San Louis Obispo, CA, Lezyne prides themselves in their engineering prowess. Finely-sculpted aluminum bits are par for the course for these guys, but they also have an extensive line of GPS bike computers with the Super GPS sitting at the top.

Last year, I had the previous-generation Micro GPS in for review and while it tracked mileage accurately, it struggled to keep tabs on vertical ascent/descent. Even after firmware upgrades, it just never could deliver accurate measurements. So, this year, I’ve been testing the full-featured Super GPS with the hope that it would make the flaws of the Mini GPS disappear. And, for the most part, it has done that.

Upon arrival, it’s important to make sure that the unit is using the latest firmware. To do this, you need to download the proper Device Updater app for Mac/PC, download GPS Ally to your iOS/Android and attach your GPS to your computer via the included micro USB cable. Let me stress that you MUST use the included cable because the other micro USB cables I had lying around were only capable of charging, not transmitting data. Lezyne’s included cable is critical, so don’t lose it.

After recognizing the device, the latest firmware can be loaded on the Super GPS. The most recent update was pretty significant with additional configurable fields, integrations with training services and other bug fixes/optimizations. Throughout my test, I’ve been impressed with the added features I’ve gotten via firmware updates.

Out of the box, the Super GPS comes with a single bar/stem mount that works just fine as long as you have normal-diameter bars or stems. I’ve been able to get it to fit standard road bars and stems as well as 35mm MTB bars. But, for a more streamlined road mount, I’d recommend picking up the Lezyne forward mount ($14.99) for your road bikes.

The mobile app is functional, but definitely not intuitive or user-friendly. The interface is dated, but it does the job of configuring the screens, and user settings. It can also save routes and send them to the device.

Of course, there is an integration with Strava, which syncs when saving an activity to the device or cloud. With Strava Premium, you can get real-time segment updates too.

For added peace of mind, the Lezyne Track functionality will send a tracking link to anyone you choose when starting a ride. This is a great feature to allow loved ones to keep track of your location throughout your ride.

Having a dedicated GPS cycling computer really is a necessity. Yeah, you can get by with Strava on your phone, but battery drain and the inability to see ride data at-a-glance necessitate a standalone unit. With the latest Super GPS, you get a myriad of screens that are easily-configured on-the-fly. That’s one of the best features of the unit overall.

Compared to the previous-generation Lezyne GPS devices, this one offers significantly better GPS lock and elevation accuracy (with the exception of ascent/descent issues every 10-15 rides). Yes, I have had a handful of rides where the device simply lost its ability to properly track vert. Below you’ll see an example of that. It’s simply not possible to go that many miles with such little vert in Utah (the real vert was 984 ft, and Strava corrected it for me).

Most recently, I’ve been using the Quarq DZero power meter with this unit and while it does track power, the post-workout analysis is a bit light. You truly need Strava Premium or TrainingPeaks to get the most out of your training performance.

The screen is bright and visible throughout the day and night (thanks to the killer backlight). I found I could easily customize the screens to see the data I cared about. And, with multiple bike profiles, I was able to save bike-specific screens, which worked like a champ.

Despite the glitches, Lezyne has a strong product here. It’s affordable and is constantly being updated by Lezyne to add new features and functionality. Electronics are never perfect, so I’m not surprised to have hiccups now and then — the core functionality always worked. The battery lasts forever and it works great for both MTB and road duty. And, you can easily customize the screens with the right data for you.