Last summer, the Orbea Orca M-Team was in for review. This bike was subsequently chosen as our road bike of the year because it is both WorldTour capable and all-day fun. For 2016, the UCI Professional squad, Confidis, will be testing out the Orbea Orca Disc. Presumably they will test it during the Spring Classics, but they may continue testing on some of the world’s biggest stages.

Of note is Orbea’s choice to go with standard QR’s front-and-rear instead of the more common 12mm thru-axles. In the peloton, wheel changes are much more important, so it makes sense. However, for consumers, a thru-axle option would be preferred. Aside from this, it appears that Orbea has also chosen to adopt the Flat Mount standard.

(Oh yeah, I apologize for the Spanish/French audio in the above video. I speak Spanish, so it makes sense to me. Go grab someone who speaks Spanish and you’ll get more out of the video.)

Here’s the only hero shot of the Orca Disc and a handful of screen grabs from the video: 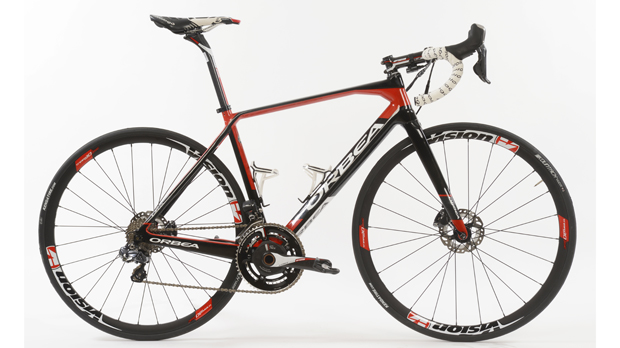